Kevin Streelman flew out to Texas for the Valero Texas Open on Tuesday, but Tiger Woods' trip to Augusta National took the shine off of this. 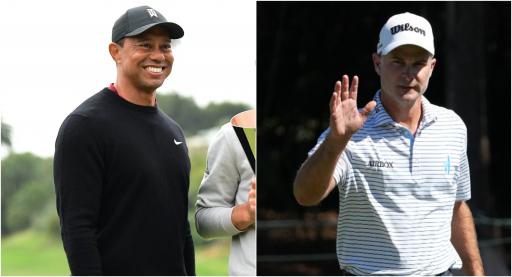 PGA Tour player Kevin Streelman jokingly informed his fans on Twitter that he was flying to Texas for the Valero Texas Open on the same day that Tiger Woods flew to Augusta National.

Streelman was heading to TPC San Antonio for the PGA Tour event that falls a week before The Masters and he wanted his fans to know when he was taking off.

"Just in case anyone wants to #track my flight to ⁦@TPCSanAntonio today…" Streelman tweeted, with a picture of the screen at the airport which said, "Now Boarding."

The two-time PGA Tour champion was clearly one of many people to be following the updates of Woods' progress as he jetted off to Augusta National to play a practice round.

Streelman has struggled to find form during the 2022 PGA Tour season. Although he finished tied seventh at the Valspar Championship, this is his only top-10 finish in 14 events and he has missed five cuts.

Many golf fans tracked the progress of Woods' flight to Georgia yesterday morning. The footage was then released of his plane landing at Augusta Regional Airport.

It is looking increasingly likely that the 46-year-old will tee it up at The Masters in eight days' time. His name is still in the field on the official entry list.

Woods played 18 holes at the famous venue on Tuesday with Justin Thomas. His son Charlie was also there and a source told ESPN that Woods "looked good."

If the 15-time major champion plays next week, it will be his first appearance on the PGA Tour since the rescheduled Masters in November 2020.