Rory McIlroy focused on eliminating costly mistakes before the Masters

Rory McIlroy says he needs to focus on cutting out mistakes ahead of the Masters in November. 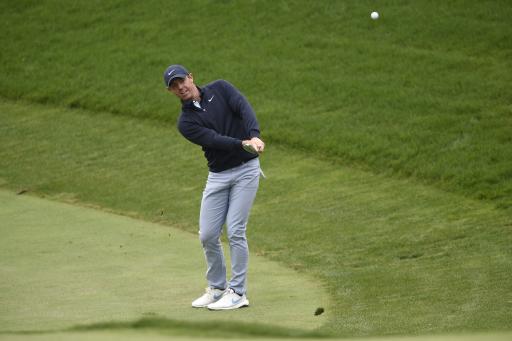 Rory McIlroy will be looking to complete a career Grand Slam by winning his first Masters title when the final major of the year takes place at Augusta next month, but the four-time major winner believes he needs to work on cutting out costly mistakes, which saw him slip down the leaderboard at the ZOZO Championship last week.

The Northern Irishman set a new career birdie record at Sherwood Country Club, making 29 birdies throughout the tournament, the most he has achieved in any event to date.

Records aside, McIlroy made numerous mistakes that led to eight bogeys and three double-bogeys over the four days, which led to him slipping down the leaderboard to finish T17 and eight shots off of winner Patrick Cantlay.

Following Sunday's final round, where McIlroy shot an impressive 6-under par, the 31-year-old was asked by the media what he intends to work on over the coming weeks as he seeks his first green jacket.

"Just limiting the mistakes more than anything else," said McIlroy. "I don't think it's anything technical, but yeah, mostly just I've sort of compounded errors this week a little bit, and last week as well.

"I had a really bad run there at the end of the tournament to go from wherever I was in the top 10 to outside the top 20. So yeah, it's basically that, when I get out of position. I didn't feel I hit that bad a shot on 16, but it hit a tree and came back into the hazard.

"I'm trying to be super cute to just land it on the green, get it close so I could save par instead of just saying to myself give yourself a putt from 10 or 12 feet. I'm trying to be really almost just too perfect and I'm maybe just being a touch aggressive when I get myself out of position.

"So just taking my medicine a little bit more when I do. That was sort of the story of the week. It would have been nice to hole that birdie putt at the last, I would have made 30 birdies for the week. So I made 29, which is more than enough to win golf tournaments, I just need to cut out the mistakes."

McIlroy revealed that he and his caddie and friend Harry Diamond ended up laughing about his situation at the ZOZO Championship, having made so many birdies yet was nowhere near the top of the leaderboard, but McIlroy feels as though he's in a great position to improve.

"I think it's easier to eradicate bogeys than it is to find birdies," he added. "I've played tournaments where I feel like all I can do is make pars, which is not a bad thing, but at the end of the day, that's not what's going to give you chances to win tournaments.

"I'd much rather the bad spells are a little more like this, a little more up and down, at least you're having the good holes and giving yourself chances for birdies. The bad stuff then, that's easier, I think, to get rid of.

"That's a more conservative play off the tee, that's hitting it to the fat part of the green, it's all that. It's more of a strategy thing rather than finding birdies, you're putting so much pressure on yourself to do that.

"After two days here I had made 15 birdies and was not in the top 40, so I was pretty proud of that! And then I just continued it on. I made seven on Saturday and seven today, so adds up to 29.

"Every time I made a birdie, Harry said, 'That's not a good thing. You're 20th in the tournament and you made so many birdies'. It was just a running joke for the week.

"You know, if I can keep making that many birdies every tournament, sooner or later I'm going to get rid of the bad stuff and I'm going to be right there."