Tiger Woods LANDS IN AUGUSTA ahead of decision on The Masters

Footage of Tiger Woods' plane landing in Augusta, Georgia has emerged ahead of the 15-time major champion walking the course before The Masters. 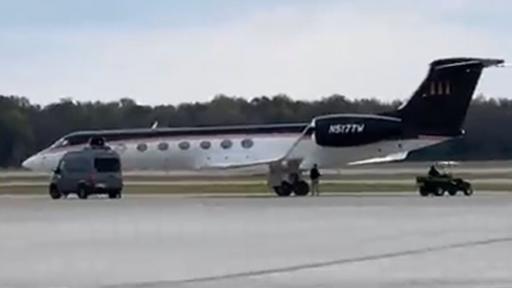 Tiger Woods has landed in Augusta, Georgia ahead of his plan to walk the course and decide on playing in The Masters this year.

Footage of a plane landing in Augusta is strongly suspected to be Woods after reports emerged on Monday of the 15-time major champion intending to visit the famous venue this week.

One golf fan on social media even took the trouble of tracking Woods' flight on an online flight-tracking website. It now seems as though he has landed.

This footage will excite golf fans and players who have become increasingly confident in recent days that Woods could compete to win his sixth Green Jacket in just nine days' time.

In a recent poll that GolfMagic posted on Twitter, asking golf fans if they thought Woods would play at The Masters, 58% voted 'Yes'.

Last weekend, footage emerged of Woods hitting a driver at Medalist Golf Club in Florida as he ramps up his preparation and rehabilitation in order to return to the PGA Tour.

When he hosted the Genesis Invitational in February, Woods gave a tame answer in the commentary booth when he was asked about his participation in the first major championship of the season.

In the press conference at Riviera that week, Woods seemed frustrated by the rate of his rehab, but the 46-year-old showed promise when playing alongside his son Charlie at the PNC Championship back in December.

If Woods was to sensationally return to Augusta next month, it will be his first official PGA Tour appearance since his serious car crash in February 2021.