WATCH: Hudson Swafford's CLUBHEAD FLIES OFF during shot at The Masters

PGA Tour pro Hudson Swafford had something of a shock on the par-5 13th on day two at The Masters. 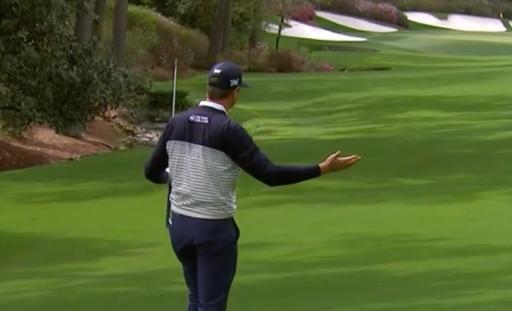 PGA Tour pro Hudson Swafford had something of a shock on the par-5 13th as his clubhead flew off at impact.

Swafford unleashed a superb drive around the corner and into the fairway on the iconic par-5 hole.

The three-time PGA Tour winner left himself a long iron from there, but that would be the last time he would be using it during the round as the head flew off as he struck the ball.

Swafford incredibly found the back bunker with his shot as his clubhead sailed way left down the fairway.

Hudson Swafford's club head broke off mid-shot at the 13th hole at the Masters pic.twitter.com/MlBGwXrDqU

Watch: Bubba Watson hits a spectacular escape shot on the 18th hole at The Masters

Swafford unfortunately could not get his ball up and down from the back bunker but he would make his par.

The American is currently having one of the rounds of day at 4-under for his round thru 16 holes.

For much of the day, players had to deal with gusts and firm, fast greens, especially in the afternoon wave which Swafford was in.

Swafford lies at 1-over par for the tournament.

He is ranked 79th in the world right now and has three PGA Tour titles to his name following wins at the 2017 CareerBuilder Challenge, 2020 Corales Puntacana Resort and Club Championship and most recently, the 2022 American Express.