The Masters Betting Tips: Best Bets and Each Way Picks at Augusta National

The first major of the year has arrived and here are the players we think are worth siding with at the 2021 Masters Tournament. 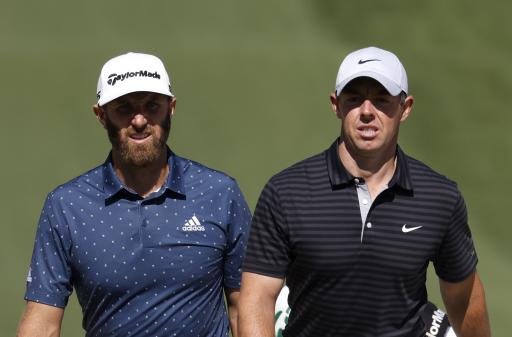 The Masters has arrived and if you're reading this article then it's because you fancy a flutter on the action at Augusta National! We correctly predicted Jordan Spieth to win the Valero Texas Open last week and hopefully we can continue our form and provide you with a winner for The Masters.

Dustin Johnson will be defending the title he won in November, but the course will be playing a lot differently with The Masters back to its usual April date and Johnson hasn't exactly been firing on all cylinders in recent weeks.

Rory McIlroy has been working with his new coach Pete Cowen as he looks to regain his best form, while Brooks Koepka has recovered from a knee surgery to make it to Augusta, but which players are we siding with?

With this week's event being the first major of the year, we're doing our betting selections a little differently, with everyone from the GolfMagic team picking two selections each and then we'll leave you with a few each way bets to consider.

Patrick Cantlay - 20/1: Been in red-hot form of late with seven top 20s in his last eight starts. Also arrives here with a T9 and T17 in the bank the last two years at Augusta. Really like his chances of winning his first major title.

Xander Schauffele - 22/1: Three top-5 finishes on the PGA Tour since the November Masters and he’s clearly a fan of Augusta following a T2 and T17 the past two years.

Daniel Berger - 35/1: Trending in the right direction and has recorded some excellent performances at major championships. Augusta could be the place for Berger to win his maiden major.

Justin Thomas - 12/1: Thomas' victory at The Players Championship was a reminder to the world of how talented this man is. It's time for JT to add another major to his tally and if he gets off to a solid start, he'll be hunting down the leader over the weekend.

Jordan Spieth - 11/1: Most birdies of any player at Augusta National between 2015-2019 and is now well on his way back to his best. His victory at the Texas Open was only the beginning.

Rory McIlroy - 18/1: The Northern Irishman arrives with six top 10s in his last seven Masters. He typically gets off to a poor start here, but if he shoots a low score on Thursday, I don't think anyone is stopping him.

Jordan Spieth - 11/1: I think his win in Texas on Sunday is going to spark even more confidence, which is seriously bad news for the rest of the field.

Patrick Cantlay - 20/1: Still searching for his first major victory and his recent form on the PGA Tour makes Cantlay a big threat at Augusta this week.

As with any tournament, it's sometimes worth backing a player each way to try and get some sort of return on your bet, whilst you can also get some very good value with top 10 or top 20 bets.

Here's a few players with a little more value that we think are worth considering each way.

NEXT PAGE: Golf fans react to Brooks Koepka tweet about injury rumour ahead of The Masters