Will Zalatoris impressed the world after finishing in second place at his first ever Masters. 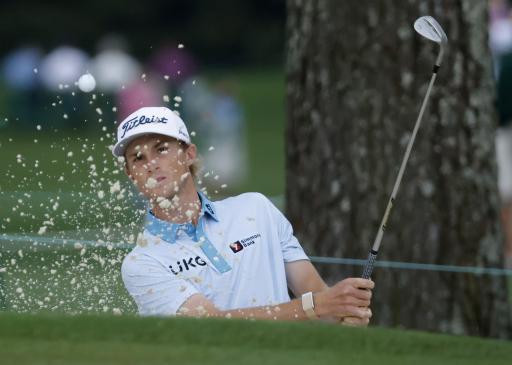 You can get basically anything you want stamped onto your wedges these days. For some people it's their initials, others it's a logo or the crest of their favourite sports team, but for Will Zalatoris, it's a quote from the most iconic golf film ever made.

Zalatoris just competed at Augusta National for the first time, making his Masters debut, but after watching him all week, you'd have thought he already owns one or two green jackets.

The 24-year-old finished in solo second place, earning himself over $1.2 million and hopefully you read our Masters betting preview, where we tipped the young American as an each-way bet, with pre-tournament odds of 80/1.

Zalatoris hasn't been on the PGA Tour for very long but has already established himself as one of the best ball strikers currently in the game and during The Masters, there were multiple tweets saying he looked like the young caddie in the film Happy Gilmore.

In fact, Adam Sandler himself even tweeted about it during the final round of the tournament.

It's not the first time that Zalatoris has been told he's the caddie's doppelganger and he's actually been told it so often, that he decided to get a famous quote from film stamped on his Titleist wedge.

Will Zalatoris has embraced the Happy Gilmore comparison. (@Titleist) pic.twitter.com/zpEB3hMh80

The quote comes from the scene where Happy Gilmore thinks someone is stealing his golf clubs, so he pushes the young lad to the ground, who gets up and informs Mr Gilmore that he is his caddie for the tournament.