In the Bag: Paul Casey 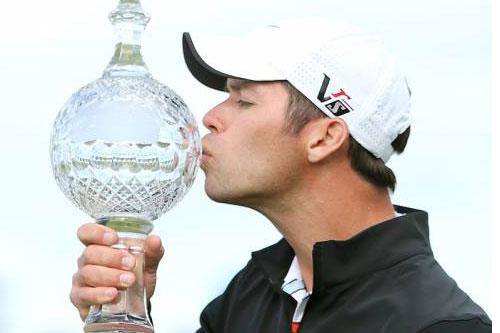 NIKE staffer Paul Casey bounced back to winning ways with his first victory in more than two years at the Irish Open yesterday.

The 35-year-old Englishman, who fell all the way from World No.3 to a lowly 169th in the world ahead of the Carton House event following a string of injuries and personal problems, sealed his 12th European Tour title by holing a monster 50-foot eagle putt at the 72nd hole for a three-shot triumph.

"It’s incredibly sweet," said Casey, who finished second the last time the event was staged at Carton House in 2006.

According to Casey, the win came as a result of his putting, coupled with his ball striking.

“The key has been the putting,” said Casey. “When I make putts I am going to shoot good rounds because the ball striking is there."