In the Bag: Sergio Garcia 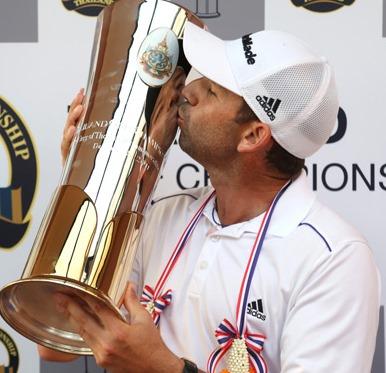 SERGIO GARCIA claimed his first win of 2013 after he shot a final round of 68 to win the Thailand Golf Championship at the Amata Spring club on Sunday.

The Spaniard carded six birdies and two bogeys to finish on 22-under par and four strokes ahead of 2013 FedEx Cup and Race to Dubai champion Henrik Stenson.

Garcia, who incidentally had his new girlfriend on the bag in Thailand, now moves up to World No.10 following the win - his highest ranking position since December 2009.