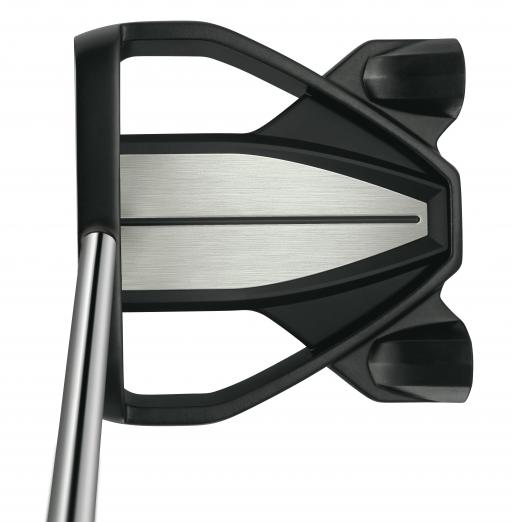 Feedback from Tour professionals is crucial in the development of golf equipment and none more so than in putters, where the difference between success and failure - earning a living or returning home penniless from a tournament - is often measured in millimetres.

It is against this background that TaylorMade has unveiled its latest Kia Ma-designed Monza Spider Vicino putter, which, as the Italian translation suggests is the 'next' generation of this popular family of putters, which also includes the Rossa Monza Spider and Itsy Bitsy Monza Spider.
Despite Monza Spider's success on Tour, a certain segment of players reported that although they loved the putter's performance, the winged shape didn't suit their eye. They asked for a cleaner, more streamlined head without sacrificing performance and forgiveness.

"Players asked if we could tuck the wings, which contained the interchangeable weight ports, closer to the body to create a more graceful, streamlined appearance. But stability is  rooted in its weight distribution, and a key component of that is how the wings are positioned wide apart. Tucking the ports in meant bringing them closer together, reducing MOI and resistance to twisting," a TaylorMade spokesman revealed.

However, using a lightweight polymer for the putter head and heavier material for the wings, engineers were able to put more weight into Monza Spider Vicino's perimeter by using a 316-gram steel frame. In turn it allowed the weight ports to be positioned closer together, improving overall stability at impact.
Together with a less visually busy crown and alignment design, Tour pros have embraced the new creation, together with its carbon fibre face insert promoting forward spin. In addition the two moveable weights can also be used in any TaylorMade metalwood.
Tour players are happy, TaylorMade is happy and all it needs now is for this mid-sized mallet putter, available from March 25 priced at £149, to fly off the shelves.