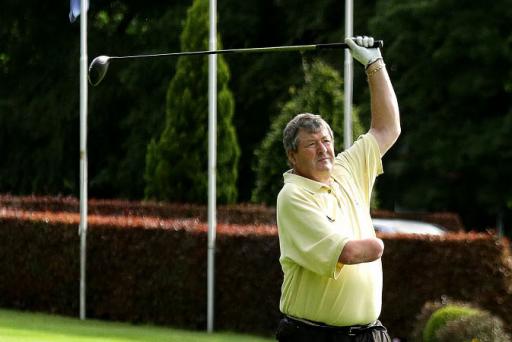 A former World Champion for one-armed golfers has added nine yards to his game following a Bridgestone ball fitting.

Irishman Michael O'Grady, an 8 handicapper, lost the use of his right arm after a car accident at the age of 18 but he hasn't let it get in the way of golf.

He visited a Bridgestone ball fitting session at Rathdowney Golf Club in County Laois and was put through his paces by one of the brand’s ball technicians.

O’Grady was fitted for the Bridgestone B330-S golf ball due to his ability to generate Tour-level club head speed and is set to put his new ball into play in the coming months.

“When I fitted Michael, I couldn’t quite believe the amount of power he was generating off the tee with his reverse one-armed swing,” said Bridgestone Golf ball technician Danny Osbourne. “His driving stats put him into the same swing speed category as PGA Tour star Matt Kuchar and make him suitable for playing the B330-S ball,” he added.

“I love the feel of the Bridgestone B330-S and adding nine yards will help me enormously in tournament play,” said O’Grady, who also holds six European Championship titles for disabled players. “There’s still golfers out there that don’t realise quite how much a ball fitting will help their game, but I’ve found out first hand that it really does,” added Tullamore Golf Club member O’Grady, who has also played in three Fightmaster Cups, the one-armed version of the Ryder Cup.

For further details on the B-Series range of premium golf balls, as well as other Bridgestone Golf ball models, visit www.bridgestonegolf.com.