RocketBallz is TaylorMade for Rose 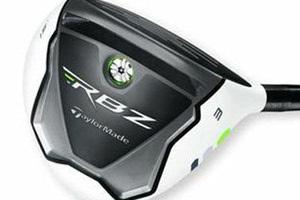 “I actually laughed the first time I hit this 3-wood,” said Justin Rose of his new TaylorMade RocketBallz gear.

“It’s unlike anything I’ve ever seen. Carrying a 3-wood 284 yards? Those are driver numbers. Bring on the par-5s.”

That wry smile was once again etched upon his face on Sunday night as the Englishman raised aloft the WGC-Cadillac Championship for his fourth PGA Tour title in the space of 20 months – the hottest streak of any player on American soil.

Rose played the all new RocketBallz 3-wood, which TaylorMade claims is the company’s breakthrough club that goes 17 yards further than its previous Burner SuperFast 2.0 model – hence the slime green ‘17’ on the headwear of TaylorMade staffers at Doral last week.

The 31-year-old certainly highlighted the benefits of the new RBZ line at TPC Blue Monster after leading the field with 23 birdies, as well as playing the par-5s in 11-under.

TaylorMade claims the advanced Speed Pocket provides the RBZ with the ultimate launching pad and is engineered to dramatically increase ball speed and distance.

But it wasn’t all about distance for Rose, who displayed TaylorMade’s all-new ATV wedge – available next month - to great effect during the final round.

Rose, who started the day three shots behind, took full control of the event at the par-4 14th when playing his 52-degree ATV wedge to within five feet for a crucial two-shot lead.

“I've changed the setup of my bag this year - driver, 3-wood and a rescue - which has opened up the bottom end of the bag, where I’ve added an extra wedge,” added the newly-promoted World No.7, who despite bogeying the 72nd hole held on for a one-shot victory over Bubba Watson.

“I feel like my short game has been very sharp this year. The scenario on 14 was perfect, 52-degree downwind and that’s a shot I could not have played with the softer wedges I had last year.”