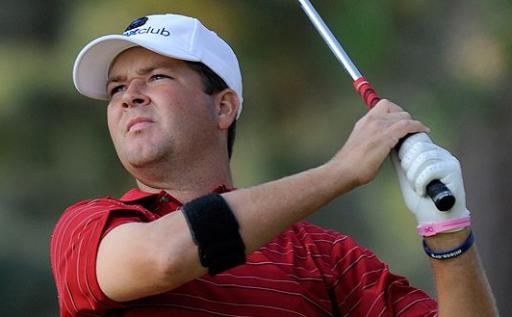 Hunter Haas’ caddie, David Streza, completed his duties during Friday’s second round at the Honda Classic and stepped straight into the back of a Palm Beach Gardens Police Department squad car.

Haas told reporters he was informed by police that there was an outstanding warrant out for Streza for a probation violation, and that he would be taken into custody.

Joey Damiano took over for Streza on Saturday, but was almost forced into duty on Friday when officers were intent on arresting Streza on the golf course.

PGA Tour officials were made aware of the situation and urged police to let the 34-year-old finish his round before making the arrest.

“They just told me something was going to happen and asked would you help out and work,” said Damiano.

Haas was, unsurprisingly, a little bit disconcerted after the incident.

“Its not easy switching caddies,” he explained. “Let’s take every pro out here and just shuffle up all the caddies and see how they do - see how they deal with it.

“I’ve got to go on and do what I’m supposed to do. I’ve got to play golf, and I can’t worry about what’s going to come out of his problems.”

Haas will be playing in Puerto Rico next week, and will still decide on who he will have working alongside him.

“Apparently, it’s serious enough that I’m going to have to find a caddie,” added Haas. “I might take Joey. I don’t know yet.”