Caddie storms out of Augusta after refusing to shed sandals

Fitzpatrick's Masters week gets off on the wrong foot 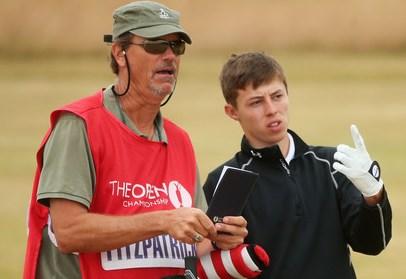 MATT FITZPATRICK, the reigning US Amateur champion and English rising sensation, has a pretty important week ahead of him given he's been grouped with defending Masters champion Adam Scott.

Unfortunately for the baby-faced 18-year-old from Sheffield, things have got off on the wrong foot as his caddie has stormed out of Augusta National after refusing to switch his sandals for trainers.

Due to a medical condition, Lorne Duncan, who was by Fitzpatrick's side when the teenage superstar won the silver medal at The Open last year, has to wear sandals - but according to Masters rules, this type of footwear is not allowed to stroll the hallowed turf.

And the news prompted a furious Duncan to retreat from Augusta to Myrtle Beach, shortly before taking to Twitter to voice his rage.

"I told the TD (tournament director) he was pathetic and I hate the place," said Duncan.

Duncan's place will be taken by Northern Irishman Ricky Elliott, who caddies for American Brooks Koepka.