Cleveland: A history of wedges

Following the launch of Cleveland 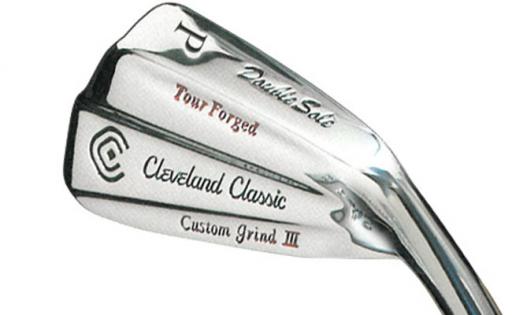 From the Classic wedge of the early 80s to the brand new 588 RTX, Cleveland has led by example, with game-changing innovations such as Multiple Finishes, Zip Grooves, Laser Milling and Precision Forged.

With that in mind, we’ve scrolled through the archives to provide you with everything you need to know about the history, heritage and success of the brand through the years...

Cleveland announced its name on the wedge stage with its Classic Tour Forged in 1983. The wedge was traditionally forged of mild carbon steel and provided consistent distance, a four-way cambered sole for forgiveness and positive bounce.

A year later, Cleveland unveiled its muscle back Classic PW and SW to generate concentrated power behind the ball. The wedge also featured a simple, four-way bounce and tapper tipped shafts for greater head feel.

In 1985, Cleveland pushed the boundaries in wedge design further with its 485 Tour Action mild carbon steel wedge - once again with the sole aim of providing the most consistent distance.

The wedge encompassed a solid back design for superior ball manoeuvrability and a rounded leading edge to enhance a shallow entry.

But three years later, Cleveland would set the industry benchmark for classic wedges when launching the famous 588 Tour Action, featuring U-shaped grooves that allowed the golfer to produce higher ball flights and greater spin than ever before.

Made from 8620 soft carbon steel, the Tour-proven wedges were also created with a traditional shape that promoted great feel and touch around the greens, as well as a large face area and high toe profile.

Much of its success can be attributed to the V Sole, which narrowed towards the heel to provide needed bounce on full shots and added versatility around the green.

One year after showcasing the 588 to the world, the brand decided to enhance its range further with Gun Metal 588, TA 588 Perimeter and 588 Tour Action BeCu wedges, which were made of Beryllium Copper and featured the classic 588 shape.

Click here to continue reading as we move into the 90s.