Cousin: Evans did lie about handicap 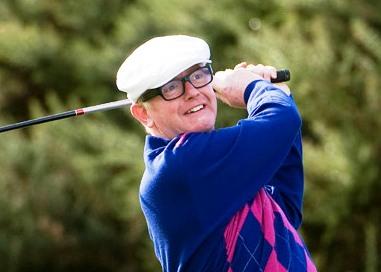 Chris Evans did lie about his handicap when he entered the Alfred Dunhill Championship - from which he has been ‘barred for life’ - according to his cousin.

But here is where it gets confusing.

It was rumoured that the Radio 2 DJ had told organisers of the Pro-Am event he played off ten. But Brian Evans, a director of Pinheiros Altos at Quinta da Lago where his family member owns a villa, has told Sportmail that he actually registered for the tournament as a FIFTEEN handicapper.

But, that’s not the end of the matter.

“What I can tell you is that Chris has been a member here for the past ten years and I can confirm he plays as a 13-handicapper,” said the 60-year-old.

The claims will do nothing to clear the air with golf fans who consider the former Big Breakfast and TFI Friday host, worth more than £80 million, to be much closer to a category one golfer.

Evans won last year’s Dunhill Links Championship with his partner Nick Dougherty which triggered complaints by spectators that he looked far superior than his handicap suggested.

These suspicions prompted organisers to investigate and led to him being told he would not be invited to this year’s event.

Evans has become the subject of intense discussion at Golfmagic in recent weeks after declaring that he would not be defending his title this year.

Speaking at the time, he said: “It transpires I’ve been barred for life. I could go into why but frankly it’s all a bit of a bore.”

It is understood that Evans was contacted by organisers and told he was not being invited to this year’s event.