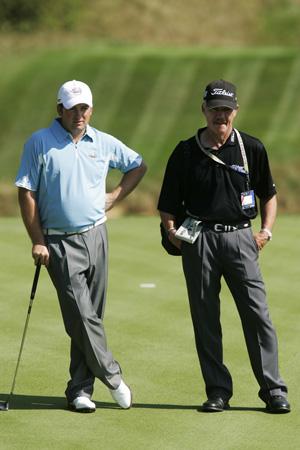 Peter Cowen has beaten off stiff competition to be named UK Coach of the Year at an ceremony in London.

The former Tour winner is regarded as one of the world’s finest coaches, having worked with the likes of Darren Clarke, Colin Montgomerie, Paul McGinley and Sergio Garcia – as well as two of this year’s Major champions, Graeme McDowell and Louis Oosthuizen.

Worksop-born Westwood won twice in the 12 months after hooking up with Cowen on his way to world number four. But the 37-year-old almost gave up on the game after in a dramatic tumble to 259 in the rankings.

Cowen turned him around and he went on to win the Race to Dubai last year, among other titles, before going on to take Tiger Woods’ crown in the rankings.