Wentworth's director of courses and grounds on preparing the West Course 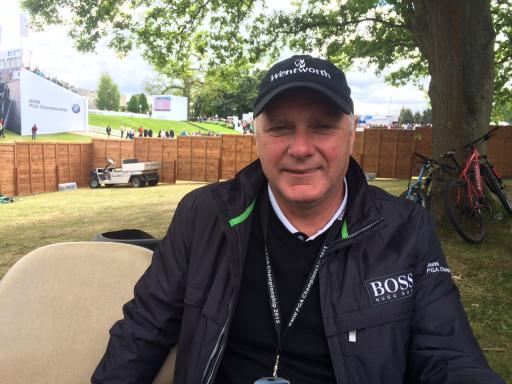 I love the West Course. I think it’s a phenomenal golf course.

You have to be a pretty good player to play well here. It doesn’t favour high handicaps.

That’s why I wanted to come here. I was at the Belfry for eight years and Forest of Arden before that. I joined in 2012 before Chris Kennedy retired and shadowed him for that year's BMW PGA Championship. So this is the third year on my own, but I’ve done about 15 European Tour events at different venues.

We have a big team here – more than 60 on a normal week and about 85 for the tournament – with a head groundsman and then a head greenkeeper for each course, the West, East and Edinburgh.

I’m responsible for everything outdoors at Wentworth so I’ll liaise with everyone. When the tournament is on the guys on the other courses are just as busy because we have maintenance weeks.

On a normal week we’ll start about 6am but this week I start work at 0430, although some of the guys are out at 4am.

I’ll check everyone is in position and go out and watch the guys cutting greens and liaise with the greenkeepers, the European Tour agronomists and the rules guys. We’ll have a little plan and check greens and speeds as we progress through the course.

It’s such a big job it is beyond driving a mower these days, but that’s what I learnt to do.

Juggling all the machines that need to be in different places is a big task in itself. We rent machines in from Toro for the tournament so we're probably pushing up towards 100 mowers with 40 hand mowers. The mechanics play a huge role keeping everything sharp and working well.

The weather keeps us on our toes. The practice days were due to start at 0700 but players were turning up at 0615 to beat the rain so we were fighting to stay ahead all the way around. Then, with thunder and lighting on Tuesday night I just sent everyone home. There was nothing we could do.

When play is on we’re on standby – that’s why I’m always watching my radio. We’ve got five groups of two guys stationed around the course ready to go for emergencies, as well as specialist tree contractors.

After play we’ll divot the fairways, bring in the tee markers and other stuff and single-cut the greens and roll them. We’ll be working until gone 10pm, easy. In the mornings we’ll double cut and roll again.

Simon Dyson column: Wentworth is special - but you've got to drive well

The course is closed from 1 May to get ready for the tournament but we’re always building to it right from the back end of last year. Really it never stops, but the weather plays a huge part. We had some issues with bunkers last year from the feedback with players. They were a bit wet and claggy so we’ve been looking into the drainage and sorting those out.

We have a good relationship with Ernie [Els]. We talk to his architects all the time, and we never change anything without consulting them. I probably only see Ernie once a year but I’ll catch up with him his week for a chat.

I heard Martin Kaymer talk about putting the tournament back six weeks for the greens to improve. The greens have been a challenge here since they went down but they get better year on year and I think they have never been better than they are this year.

They have always been that way because the dominant poa annua grass seeds at this time. We can’t do much about that, but there is more pace in them this year than last and the pace has gradually moved up year on year over the last three years.

This week we’ve got some experts in to performance-test the greens to see how much they deteriorate from the beginning of play to the end, and how much we can bring them back with cutting and rolling.

The difference in the course this week compared to a normal member’s week is huge. You just can’t replicate the hours the guys put in, coupled with the closure of the course.  That gives us the chance to get out there and do extra stuff and do things like cutting after 11am when it’s dry. On a normal day we’ll cut at 6am and can’t get back on.

From 1 May our guys are working 60, 70, 80 hour weeks and during the tournament it is more like 100. So we put a lot of effort in for the players, and it’s nice to get some feedback for the team, really.

I’m  an ex-player really, I play the odd game, but I wouldn’t class myself as a golfer any more.

But working at Wentworth is fantastic. We live on site, in a great house opposite the health club and it’s a lovely place to live, so tranquil. Apart from this week.