Footballer paid off woman he molested with a golf club 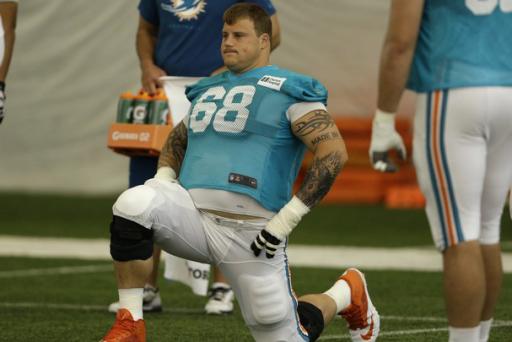 RICHIE INCOGNITO was accused of molesting a woman with a golf club last year before parting with tens of thousands of dollars to pay her off, claims reports.

The Miami Dolphins player was alleged to have used a golf club to inappropriately touch the 34-year-old woman during a charity golf event at the Turnberry Resort and Club in Miami.

It was also reported the 30-year-old, who was apparently drinking throughout the event, then knocked of her glasses and poured water over her head.

A Dolphin's team source told the Miami Herald that Mr Incognito paid 'in the ballpark of $30,000 to convince the woman to clam up.

The harassment allegation became public knowledge after WPLG obtained a copy of the police report filed May 18, 2012 but only now has the full extent of the payout been revealed.

After molesting her with a golf club the reports said that, "he proceeded to lean up against her buttocks with his private parts as if dancing, saying ‘Let it rain, Let it Rain!"

"He finally finished his inappropriate behaviour by emptying bottled water in her face," said the report.

It was suggested that a simple apology may have got Mr Incognito off the hook but the American never delivered one.

"She felt like he didn't care and thought the whole incident was in fun and games,’ the report reads. ‘Other people apologised for him, but not him."

The lineman has also been accused of harassing a black player on his team recently while being involved in a drink driving incident last year.