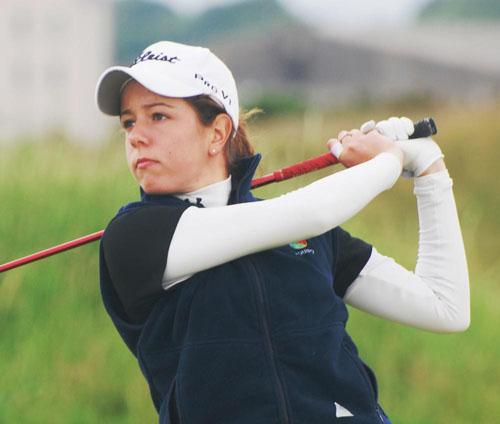 Georgia Hall, the 16-year-old from Bournemouth who is currently Europe’s No.1 amateur golfer, has been invited to compete in the LPGA’s first professional major of the year - the Kraft Nabisco at Mission Hills Country Club on April 1.

Last year, Charley Hull from Northamptonshire got the call and was one of the first round leaders, eventually finishing 38th.

Fresh off a strong 2012 season that saw her rise to the top of the women’s European amateur ranking, and fourth in the world, Hall will be playing in her first tournament in the United States.

As well as the Hampshire Rose, Roehampton Gold Cup and the Critchley Salver at Sunningdale, she won the British girls title. She plays out of Remedy Oak GC in Dorset.

Also invited is Stephanie Meadow, from Jordanstown, Northern Ireland, ranked ninth in the world and a junior at the University of Alabama. Last summer Meadow won the Ladies British Open Amateur Championship and clinched victory for Great Britain & Ireland at the Curtis Cup.

As well as some of the world’s top professionals also lining up alongside Hall and Meadows will be the world’s top-ranked amateur, Lydia Ko from New Zealand.

“Providing the future stars of women’s golf the chance to play alongside their professional heroes in the first major championship of the year has always been a point of pride for the Kraft Nabisco Championship,” said  the sponsors’ David Blake-Thomas.

“We are proud to be able to provide these great young players from around the world with this important step in their careers.”