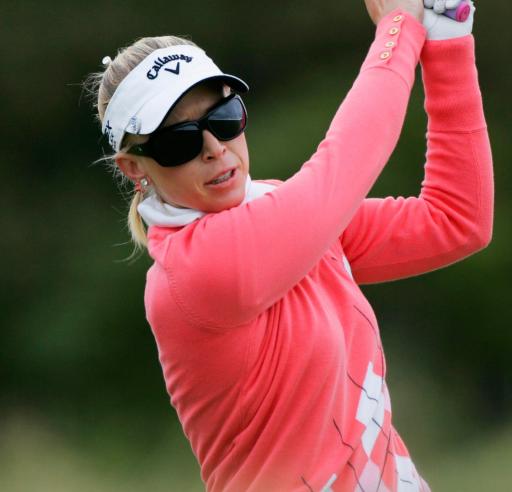 A MAN has been arrested after being accused for aggravated stalking and violating a restraining order against LPGA Tour star Morgan Pressel, according to a report in the Palm Beach Post.

Palm Beach Post claims that Alexander Berger, a 25-year-old from South Florida, was cuffed after police said he tried to enter Pressel's home in the gated community at St Andrews Country Club in Florida.

While being arrested, Berger reportedly told police that he wanted to speak with Pressel, whom he identified as his girlfriend, and was told to do so by Jack Nicklaus and the CIA, according to Palm Beach Post.

Berger was first issued an injunction against repeat violence on Pressel in December 2009, according to the report.

The paper also reports that Pressel, who was married earlier this year, told police that she had never met Berger.