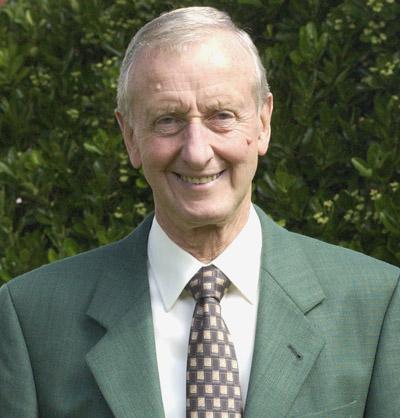 The book, which is free to download, delivers a fascinating insight into the Irish pair, particularly three-time major champion Harrington whom, even at 16 and playing off a two handicap, revealed some of the traits that were to make him a champion.

Southport-based Bennett, who is attached to Formby Hall Golf Resort, describes how Harrington was already a deep thinker on the game and how the young Dubliner wrestled with elements of his game including delaying the decision of switching from his natural 'straight to fade' ball flight to 'straight to draw' trajectory which would give him greater distance and ultimately enable him to compete at the very highest level.

During his 15-year tenure at the Golfing Union of Ireland, Bennett set about implementing his coaching philosophy which was honed over many years and included learning from the best  including John Jacobs, whom he would watch teach on cold winter nights in Blackpool, and Sir Henry Cotton in the sunnier climes of Portugal.

He tells of Cotton, the three-time Open champion, being approached at dinner by a golfer asking if he was prepared to coach a plus four handicapper whom, in the man's opinion, was a great prospect.

"But can he play?" Cotton demanded. The confused man, mishearing, repeated the question and again mentioned his protege's impressive handicap. ‘But can he play?’ repeated Cotton.

None the wiser, Cotton finally made himself clear, saying: "tell me, what has he won?"

As Bennett observed, this was an important factor in Cotton’s assessment of a player and a valuable lesson he learned as a young coach.