PTWA celebrates 25th anniversary - so here are some pictures 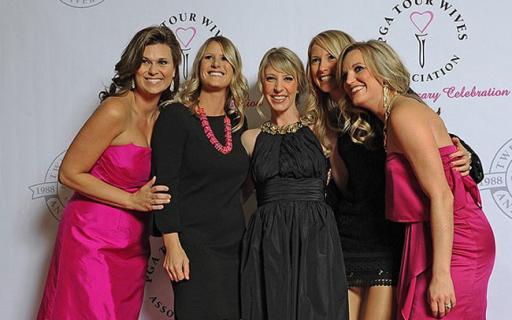 The PGA Tour Wives Association celebrated its 25th anniversary last week with an official launch of its book: ‘Beyond the Fairways and Greens: A look inside the lives of PGA Tour families’.

Amy Wilson, wife of four-time PGA Tour champion Mark Wilson, first floated the idea of doing the book back in 2009 to coincide with the 25th anniversary of the organization that started with a golf tournament where the wives played and their husbands caddied and now assists charities throughout the United States.

All proceeds for the book will go to charities which the PTWA supports.

“This is a very emotional night,” said Mrs Wilson, president of the PTWA. “To see all my friends and family on the PGA Tour as they come into this party to celebrate 25 years of women being out on the road with with their husbands - this is our legacy.

“It’s very special to be able to be here and be part of this anniversary.”

To celebrate the feat of the PTWA, here’s a photo gallery of some professional golfers and their better halves…