Ponting has ability to be a pro golfer 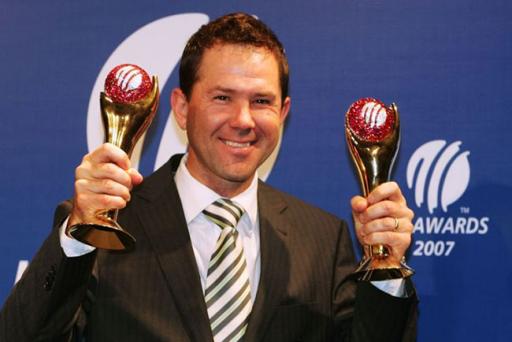 RICKY PONTING is known as one of the best cricket players in the history of the game but he’s also a dab hand at golf.

The Australian is so good it prompted nine-time major winner Gary Player to tell Ponting he was making a mistake playing cricket.

"The way you hit the ball, you’re wasting your time playing cricket," Player reportedly told Ponting during a trip to Europe.

Ponting clearly has a talent for golf but so do many others who don’t make it to the big time. However, fellow Baggy Green cricket legend-turned golfer Dean Jones believe Ponting has the game to make it as a ‘dual professional’.

Jones said: "He hits it super-long, he's a great putter and he just loves golf. He spends time with his mate Marc Leishman, he has dozens of sets of golf clubs - I’ve seen his garage and it looks like a Drummond golf store. When he’s not playing cricket, he lives and breathes golf."

"It’s a very lonely sport," says Jones. "Unlike in cricket, Ricky will have to get off his backside and book  everything ... from flights, accommodation to hire cars. It’s quite intimidating when you get on tour.

"I remember shooting a couple of 69s in a tournament and thought I was in with half a chance to win the tournament.Then I looked around and saw guys like Ian Baker-Finch,Wayne Grady and Rodger Davis and thought to myself, I’m kidding myself being here. It’s been fun but it’s a lot more lonely than cricket and that will take some adjusting if Ricky was to give it a go."

Aussie Davis Cup tennis star Scott Draper plays on the Australasian Tour and warned Ponting the jump from amateur to professional is a hard one to make.

“I was a club golfer who got to a handicap of +2 and shot 9-under to win my club championship. But I quickly realised on tour my short game was horrific and that I really only had one or two shots in my bag - I basically had no idea," Draper confesses.

"I cannot believe how much I learnt about the short game - playing from different lies and all that. Ricky would have the same issues. He’ll need to pick people’s brains and play as much golf in tournament conditions to adapt to the pressure.

"Tournament golf is another step up. I remember going to Kingston Heath for a round straight after the Australian Masters was held and I went out and shot 28 points. It’s a different game all together under tournament conditions.”