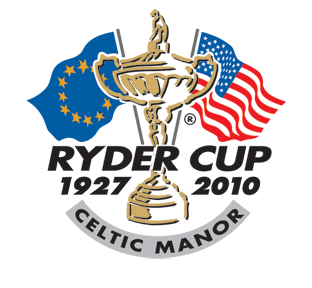 The search is on to find seven missing medals awarded to Great Britain and Ireland players at the first Ryder Cup in Worcester, Massachusetts in 1927.

So far only one gold medal, awarded to Fred Robson, who played in the first three matches, has been found. The PGA at The Belfry already has it in its heritage collection donated by his grandson.

PGA Heritage Executive David Wright is hoping to add at least another medal to the memorabilia collection which has proved a popular attraction in the tented village at this week's Ryder Cup.

Inscribed with the PGA crest on the front and the name of the player on the back, the medals were given as a symbolic token for taking part in the inaugural matches won by the United States at Worcester Country Club.

“If there was one there must be eight others out there somewhere,” said Wright. “I’ve no idea where, perhaps in a descendant’s attic somewhere or uncovered for lack of interest.

"We would welcome the opportunity to find out possibly acquire them because building the memorabilia collection to reflect the trophy’s heritage is one of the significant aspects of the PGA’s role as the custodians of the Ryder Cup trophy.”


The origins of the collection, which thusands have seen in Newport and Cardiff as well as at the event, dates back to the aftermath of 1993 matches at The Belfry when a committee was created. Since then Wright has painstakingly hunted down mementoes from the competition to add to those they already possessed.

Among the items on display is a banquet menu from the opening matches in 1927 - one of only three in existence - and a 1929 progamme from Moortown, the first time the event was staged in England.

Signed dinner menus from pre-war matches through the 1930s also feature with signatures from the great players that have contested the famous gold trophy such as the Whitcombe brothers, Henry Cotton, Dai Rees, Percy Alliss, Walter Hagen and Gene Sarazen.

Among those is a 1931 dinner menu at Scioto Country Club which includes the signature of the first Welshman to play in the event, Bert Hodson.

“My task has been to identify items which would enhance that journey down memory lane,” added Wright.

“The Ryder Cup has captured the public imagination so much down the years that compiling a collection seems a fitting way to reflect that interest and enable golf fans to share in the history of this great competition.”

If anyone has possible Ryder Cup memorabilia email david.wright@pga.org.uk