Golf Betting Tips: Our TOP PICKS for the 2021 Open Championship

We may have chosen who we think will win the Open Championship, but we have some more selections to keep your mind occupied. 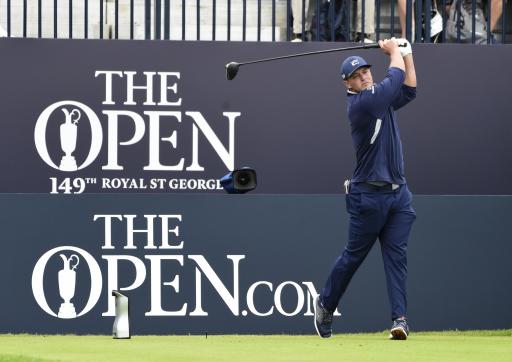 The Open Championship is one of the toughest tests that professional players will face in their career, as it is the only major event that is played on a links course every year.

The tournament has returned to Royal St. George's for the first time in 10 years when it was the site of Darren Clarke's first and only major victory.

We have chosen Brooks Koepka, Tyrrell Hatton and Justin Rose as our key picks to win in 2021, but we also have some other selections which could take your fancy.

Marc Leishman is no stranger to the top of the leaderboard at major championships, as we saw at The Masters in April when he finished in a tie for sixth place.

The Australian also finished tied fifth at the 2014 Open Championship and lost in a playoff to Zach Johnson at the 2015 tournament as well.

With six PGA Tour titles to his name, Leishman has always been competitive and at 9/1, he is a good price to finish ahead of the likes of Louis Oosthuizen and Branden Grace.

The American Johannes Veerman has hit solid form in the last few weeks and I see no reason why he can't continue this into the Open Championship.

Veerman finished third at the Irish Open and tied eighth at the Scottish Open, putting his early-season struggles behind him.

The 29-year-old is in a group with Jason Day and Joost Luiten, who have both struggled to find the form on the PGA and European Tours. 13/5 could be a nice price to add to an Open Championship accumulator this week.

There are only four Swedish players in the field this week and Marcus Kinhult's main competitor could be Alex Noren, who represented Europe at the Ryder Cup in 2018.

Although the World No. 214 hasn't excelled recently on the European Tour, he won the British Masters in 2019 at Hillside, proving that he can play well on links courses.

The price is inviting as there are only three players for Kinhult to beat in this market and with Henrik Stenson out of form and Rikard Karlberg only just scraping qualification, 5/1 could be a very good price.