Lee Westwood has had so many close calls at major championships in his career, but the Englishman believes that he can contend at Royal St. George's. 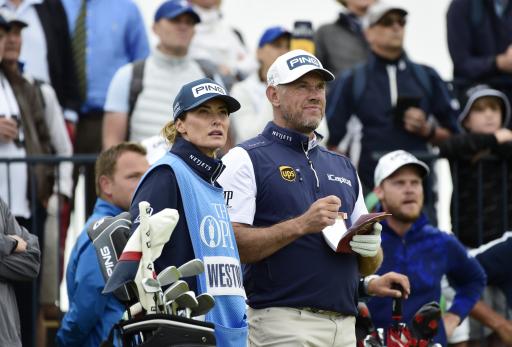 Lee Westwood believes he is playing well and can contend to win his first major title at the Open Championship at Royal St. George's.

Westwood is making his 88th major start of his career and if he doesn't lift the Claret Jug on Sunday, then he will beat Jay Haas' record of playing in the most major tournaments without being victorious.

The 48-year-old has had a great season in 2021, finishing second in back-to-back weeks at the Arnold Palmer Invitational and the Players Championship, dispelling any doubt that his best is beyond him.

"I played well last week. I was in the lead with 26 holes to go, and then a couple of pulls and a double bogey, par, double bogey and couldn't get any momentum going after that."

"Coming into this week, I've played here twice in the Open Championship, missed the cut both times. I had it in my head a bit of a mental block that I didn't like the golf course, but played it yesterday and really enjoyed it and loved the way it was set up.

"I do care about that (the record). That's nice, that record. It shows I've been a good player for a long, long time. There are not many people who have played in as many major championships as me."

The World No. 29 has shown longevity that is rarely seen in any sport, let alone golf. The Englishman has 42 international victories and two wins on the PGA Tour as well.

Westwood has featured at every Open Championship since his debut in 1995 and one of his closest calls came in 2009, when he just missed out on a playoff with Tom Watson and Stewart Cink.

He also had a great chance in 2013 at Muirfield when he held the 54-hole lead, but he and many others fell victim to Phil Mickelson who secured his first Claret Jug.

NEXT PAGE: HAS RORY MCILROY REALLY "FIGURED SOMETHING OUT" AT THE OPEN CHAMPIONSHIP?