How much MONEY could each player EARN at the Open Championship?

For this year's Open Championship, the prize money amounts to over £8 million. 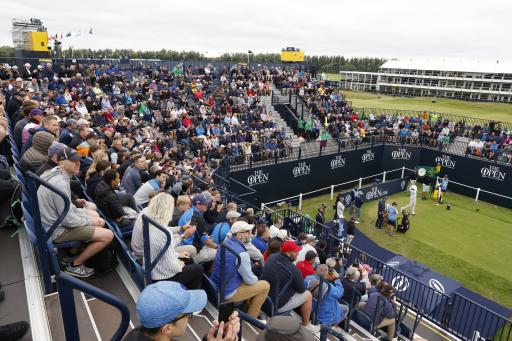 The Claret Jug is one of the greatest prizes in all of golf and it will be presented to the winner of the Open Championship on Sunday afternoon.

The winner is set to receive just short of £1.5 million during a tournament that is not just historically rewarding, but financially rewarding as well.

The money for the players who finish outside of these places goes down gradually with the player in 70th place earning just under £20,000.

This prize money is significantly lower than what World No. 2  player Jon Rahm earned for winning his first major title at the US Open.

The Spaniard earned over $2 million for his memorable victory at Torrey Pines, while runner-up Louis Oosthuizen won $1,350,00 which is around the same total as what the winner will receive this week in Sandwich.

Hideki Matsuyama also made just over $2 million for winning The Masters in April, which was also the Japanese star's maiden major win.

Masters debutant and runner-up Will Zalatoris earned $1,242,000 in what was a memorable week for the young PGA Tour star.

For many players, the thought of money is a secondary thought with the Open Championship being an event that is steeped in history and tradition.

Whoever is presented as the winner on the 18th green at Royal St. George's will be etched on to the bottom of the Claret Jug and will own their own piece of golf history.