It may not have been the best week for Justin Thomas, but at least he engaged with the wildlife at Royal St. George's. 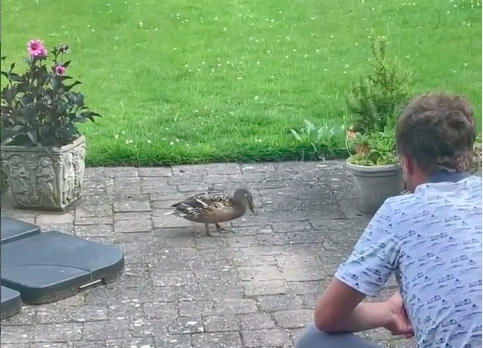 Justin Thomas finished in a tie for 40th place at the 149th Open Championship, which is not what the American would have wanted entering the week at Royal St. George's.

The final three rounds played extremely difficult as the pin positions and deep rough were challenging and unfortunately for Thomas, his inconsistent form continued.

The course received a lot of praise from players and pundits after Collin Morikawa tapped in for his second major triumph on Sunday.

Kent is an area of outstanding natural beauty and Thomas experienced this by engaging with the local wildlife near the Open venue.

On his Instagram page, the World No. 4 was filmed feeding a duck that appeared at what looks to be an area near the course, or perhaps Thomas' accommodation for the week.

"You know it wasn't a good week of golf when feeding a duck at the end of every day was the highlight. Delight as always @theopen see you next year!" wrote Thomas on his Instagram post.

It is always a unique experience for American players to travel to Britain and play links golf, but feeding the ducks with a bit of bread is also a typically British activity.

"All about the little things," one fan said.

"Fun! Now on to the Olympics!" one fan commented.

"It’s just time to smell the roses.. next time," another fan said.

"Mr. Quackers would make a great caddie," another fan commented.

"Hahahaha you are really a great guy, always with a lot of hindsight on yourself," one fan said.

The Open
Justin Thomas
royal st.george's
Kent
collin morikawa
Previous
Editor's Column: "Believe the hype, Morikawa is a man for the majors"
Next
Did you know this rule about using clubs that DON'T CONFORM to EQUIPMENT RULES?