Legendary golf coach, Pete Cowen, has labelled Matt Wallace a 'complete idiot' and says he should be banned from playing following his recent attitude towards his caddie. 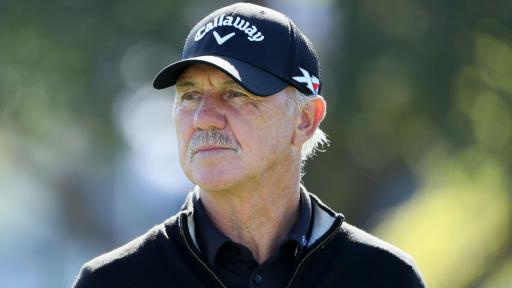 Pete Cowen is one of the best golf coaches to ever live and in a recent interview with The Times, Cowen labelled England's Matt Wallace as a 'complete idiot' who should be banned from playing, due to the recent berating he delivered to his caddie.

Pete Cowen gave up his professional golfing career aged just 28. Forty years on, the Sheffield-born hard-talking coach is now one of the most succesful golf coaches to ever grace the game.

In last month's US Open, Gary Woodland delivered a 10th major from a possible 37 for Cowen, an extremely impressive record. According to Cowen's wife, he and Stenson are so close that the Swedish star is like 'a third son' to him.

“Pete’s been probably one of the best things that’s happened to me… It’s fun to be around that generation of coaches. They don’t make them like them anymore, for sure,” said Koepka.

Cowen has always been known to be a hard-talking man, saying it how it is, something you expect from someone born and bred in Sheffield. In a recent interview with The Times in the run-up to the Open, Cowen slammed Matt Wallace for his recent berating he gave his caddie, Dave McNeilly, at the BMW International Open.

“He is a complete idiot and the European Tour has to do something about it…It’s a form of cheating because you’re putting your opponent off. The best thing would have been if his caddie had dropped his bag — I’d have chucked it in the bloody lake — but that wouldn’t do Dave McNeilly any good,” said Cowen.

Since the interview, Wallace's agent Chubby Chandler, has fired back at Cowen, saying: "He’s a good kid who hasn’t smashed up markers or abused officials unlike some other players and to say he should be banned is utterly ridiculous. It’s funny, I remember a young player who I was on Tour with in the 70s who was renowned for his tantrums and snapping clubs. His name was Pete Cowen."

All eyes will certainly be on Wallace at the Open this week, as for the first two rounds he is paired with 15-time major champion Tiger Woods and fellow hot-head Patrick Reed.

Previous
Callaway reveals Epic Flash Forged irons and Epic Flash Hybrids
Next
The Open: Why the Claret Jug isn’t out of reach for low-ranked golfers