J.B. Holmes RIPPED on Twitter for slow play at the Open

Golf fans ripped J.B Holmes on Twitter for his slow play during round three at the Open. 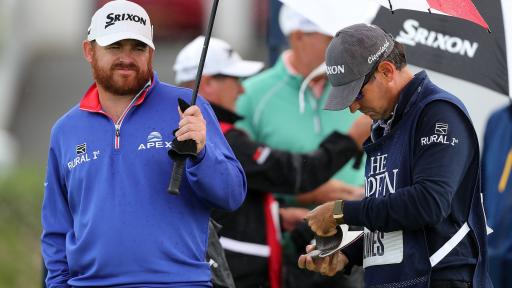 J.B Holmes finished his Saturday round with a one-under score of 69, when playing in the leading group with Shane Lowry. Although Holmes put in an under-par performance, it wasn't his skill that everyone was talking about, it was his pace of play.

It's not the first time that J.B Holmes has been critised for slow play and he's become pretty well known for being one of the main tortoises on Tour.

The 37 year old was in the firing line during his win at the Genesis Open in February ealier this year, where broadcasters were questioning his pace of play and golf fans were lighting him up on Twitter.

Shane Lowry, who still leads the 148th Open, was fully prepared for the slow play of Holmes, admitting it was something he expected and took into consideration before the two played together on Saturday.

"We talked about all the scenarios that could happen today,” Lowry said. “I know J.B. is quite a deliberate golfer. We were fine today. We kept up pace of play. And Tommy and Lee are quite quick. I was ready for it. And I think same conversations tomorrow morning, I think I’ll be ready for tomorrow when it comes."

Holmes, a five-time winner on the PGA Tour, is paired with Brooks Koepka in the final round, so expext to see plenty of huge drives between the two. Koepka, who is chasing a fifth major title, has never shied away from making his feelings about slow play as clear as possible and is one of the faster players on Tour. It will be interesting to see what Koepka has to say after his final round with Holmes, if questioned about pace of play.

Check out below some of the tweets directed at J.B Holmes following his slow round on Saturday.

Not on the clock but the last group being watched. @theopen pic.twitter.com/5fgXBenk08

was sent this amusing exchange from the UK coverage yesterday:
“Sturdy looking fellow, isn’t he, this JB."
Ken Brown “Certainly not built for speed."

Sneak peek at what Sunday’s Koepka-Holmes pairing is going to look like... pic.twitter.com/4r8Llp72jj

Show the whole JB pre-shot routine. Put a timer on the screen. Air him all the way out. They're already over a hole behind! This isn't fair to Lowry.

You'd purposely bogey the last if it meant you didn't have to play in the final group with JB Holmes. #theopen