Tiger Woods confirms he will play The Open at Carnoustie

Tiger Woods on the hunt for a fourth Claret Jug this summer. 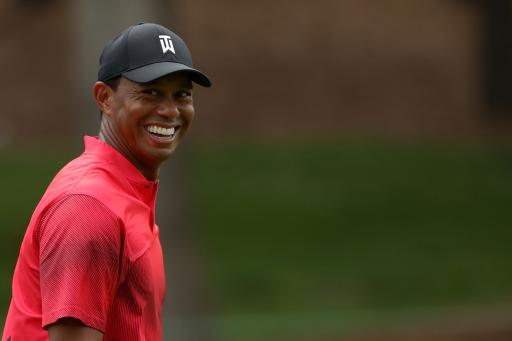 Tiger Woods has confirmed his participation in this year's Open Championship at Carnoustie, marking his first tilt at the Claret Jug since missing the cut in 2015.

Woods, 42, has enjoyed a mini resurgence since returning to the sport in December 2017 with three top-10 finishes in eight starts, including a tie for second at the Valspar Championship - his best result in any PGA Tour event since August 2013.

The 14-time major champion, who finished tied 32nd at The Masters in April to move back into the world's top 100 after an extended absence, has also confirmed his entry in the US Open, his last major victory coming in 2008 at Torrey Pines.

Speaking last year, Woods, a three-time Open winner in 2000, 2005 and 2006, made clear his desire to return to the Angus links course that he has enjoyed some testing battles with in the past.

“I recall making just one birdie on the weekend and finished just three or four out the play-off” said Woods reflecting on The Open in 1999. “Carnoustie can be a brutal golf course and it was brutal that year,” he added. “It’s just so tough, but it’s all there in front of you. There are no tricks, there’s nothing hidden. It’s just come and get me.

“I won two of my Open Championship’s in Scotland, and the other one in England so let’s try and add another one in there.”

The 147th Open Championship at Carnoustie will take place from July 19 to 22.

NEXT PAGE: HOW TO SWING IT EXACTLY LIKE RORY MCILROY!