Woods in a race against time to get his golf swing where he needs it at Royal Portrush. 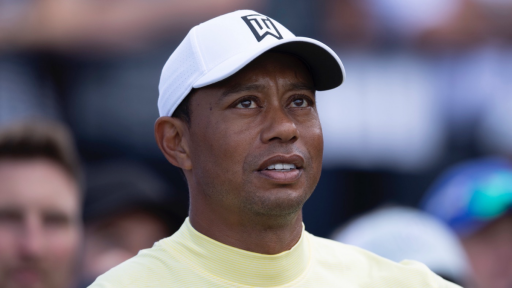 Tiger Woods has just about been written off at this week's Open Championship by a number of past and present Ryder Cup captains, and judging by the 15-time major champion's pre-tournament comments, they have probably made fair points.

Woods has not played a competitive round of golf since finishing tied 21st at the US Open more than four weeks ago, and that alone has led the likes of Padraig Harrington, Paul McGinley and Paul Azinger to all-but write off the American's hopes of a fourth Claret Jug at Royal Portrush.

Then again, Woods did wake himself up at 1am every morning back home in the United States last week to get himself ready for this week's Open Championship in Northern Ireland. WATCH HERE.

RELATED: "TIGER COULD STRUGGLE TO EVER WIN AGAIN"

Following multiple back surgeries in recent years, Woods has decided on limiting his schedule in order to obtain the best possible results - and judging by his early season performances, it has worked.

Woods rolled back the years to win his 15th career major at The Masters in April, and has picked up four top-10 finishes in his last seven tournaments dating back to the WGC-Mexico Championship in February.

Not only does Woods lack a competitive edge coming into the year's final major, but he had also never previously played Portrush prior to his first outing on Sunday afternoon alongside Patrick Reed - who he has been grouped with alongside England's Matt Wallace on Thursday and Friday.

Just as many people expected, Woods' game remains a work in progress with just two days to go until the first round.

“It’s not quite as sharp as I’d like to have it right now,” said Woods, who also played with Dustin Johnson and Rickie Fowler on Monday, followed by a quick nine holes on Tuesday morning.

“My touch around the greens is right where I need to have it. But I still need to shape the golf ball a little bit better than I am right now, especially with the weather coming in and the winds are going to be changing. I have to be able to cut the ball, draw the ball, hit it at different heights and move it all around.

“Today [Monday] was a good range session. I need another one tomorrow – and hopefully that will be enough to be ready.”

NEXT PAGE: IS TIGER WOODS USING A NEW PUTTER AT THE OPEN?!