US Open: Tiger Woods says he's unlikely to play golf until The Open

Woods expected to next play a competitive round of golf at Royal Portrush from July 18-21. 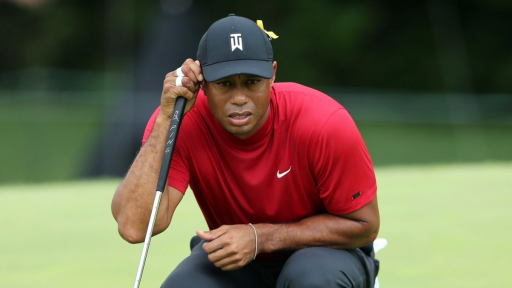 Tiger Woods all-but confirmed the golf world will not see him play in a competitive tournament until The Open at Royal Portrush from July 18 to 21 following his post-final round comments at the US Open.

Woods recovered from a slow start in the final round at Pebble Beach to card a round 69, playing his final 12 holes in 6-under par to finish well out of contention for golf's third major of the year on 2-under par.

But after admitting to feeling aches and pains with his back and neck for the majority of the week, Woods told the media he wants some time off to relax and rest with his family.

Quizzed as to when we'll next see him on a golf course again, Woods replied: "Depends if you've got a camera phone... so, no, I think I'm going to take a little bit of time off and enjoy some family time."

Asked if he will play before Royal Portrush, Woods replied: "I'll play at home, yeah."

The Open returns to Royal Portrush in Northern Ireland for the first time since 1951, only Woods has yet to pay it a visit.

"I've only played County Down, I've never been up to Portrush, so I'm looking forward to getting up there and taking a look at the golf course and trying to figure out," he said.

"I hope that my practice rounds are such that we get different winds, especially on a golf course that I've never played, and to get a different feel how it could play for the week. And definitely have to do my homework once I get there."