2022 Farmers Insurance Open. Find out how to watch, live streaming, how to get ESPN+ and betting odds. 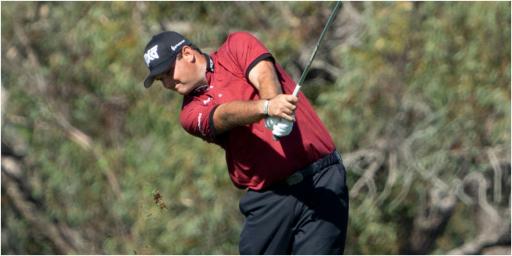 The Farmers Insurance Open has in recent years become the time when Tiger Woods begins to ramp up his season in preparation for the Masters.

He's not there this year but the good news for golf fans this week is that six of the world's top-10 are playing in San Diego at Torrey Pines.

Play is a little bit different this week. They'll be starting on Wednesday and will play the opening two rounds on the North and South courses.

Jon Rahm headlines the event. He has won this tournament before in 2017. Most memorably, he won his first major here. He returns to the scene of his triumph.

As ever, 500 FedEx Cup points for the winner. The prize purse is $8.4million with $1.5million going to the winner.

More: Have you seen this image of Tiger Woods' Scotty Cameron?

Golf Channel picks up the start of the coverage every day, with CBS taking over later in the afternoons.

In the United Kingdom, you can watch on Sky Sports.

It switches over to the main event later in the broadcast with full footage instead of featured groups.

Find out how to watch the PGA Tour on ESPN+ here.

Next page: Patrick Cantlay's five-month streak is over