Bryson DeChambeau talks to Rick Shiels about his FORE! controversy on PGA Tour

Bryson DeChambeau addressed the important issue of shouting 'FORE' and protecting spectators on the PGA Tour with the Rick Shiels Golf Show. 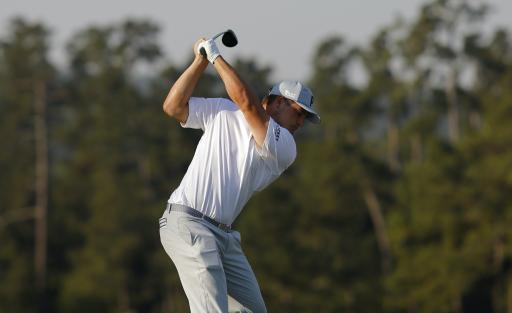 Bryson DeChambeau reiterated his regard for spectators at PGA Tour events and maintained that he always shouts 'FORE' when he thinks his ball could hit someone.

He also thinks it's "more harmful" to shout 'FORE' as some fans walk into the direction of the ball.

Speaking to the Rick Shiels Golf Show, DeChambeau described the anguish and embarrassment he feels when he accidentally hits someone with a golf ball, something we could all empathise with.

The former US Open champion has often been accused of lacking regard for spectators on the PGA Tour when his drives have come close to striking people.

But DeChambeau maintains his innocence and asserted that the last thing he wants to do on the golf course is to hit people and startle them.

"The big one was at the FedEx St. Jude Classic, I think when I hit it right. It didn’t hit anybody but it went past the bunkers and into the crowd," DeChambeau said.

"Most of the time when we hit shots, if we don’t think it’s going to get there, there’s really no reason to say anything and most guys don’t on tour.

"You could, because of how far I’m hitting it, every single shot say ‘FORE’. Sometimes, it’s potentially more harmful because people move and they walk into the direction of the golf ball.

"When I see a ball and it’s close but I don’t think it’s going to get to someone, that’s when I’m like one, they can’t hear me because it’s into the wind.

"I can yell as loud as possible, and they wouldn’t be able to hear me. That’s another thing.

"People think that I’m not being respectful and that I don’t care about patrons or people. That’s the farthest thing from the case. I’ve hit people before and it’s been the worst possible feeling in the world, so don’t ever think I don’t care about fans."

The eight-time PGA Tour winner referred to examples at the Ryder Cup in 2021 when Scottie Scheffler hit someone in the crowd and when Brooks Koepka did the same in 2018 in Paris.

This can sometimes be the nature of the sport where it comes down to coincidence and bad luck. But if you watch the PGA Tour regularly, you will have noticed that a common criticism of players is not shouting 'FORE' when it appears they should.

DeChambeau interestingly explained that as he hits the ball a long way, constantly shouting 'FORE' could disillusion the spectators and also distract other players at different ends of the golf course.

"It happens, it’s a part of the sport and don’t think for one bit that we don’t feel terrible for it. I hit someone back in 2017 in Louisiana, sometimes it’s impossible to do anything.

"The one time that looks like I should be yelling for and I don't, sometimes that’s the one that I get the most slack for."

DeChambeau is in the field for the Farmers Insurance Open this week at Torrey Pines. He will then jet off to the Royal Greens Golf and Country Club for the Saudi International at the start of February.