Tiger Woods' famous Scotty Cameron Newport 2 has been in the bag for 15 majors. This picture proves how many putts he has hit out of the middle. 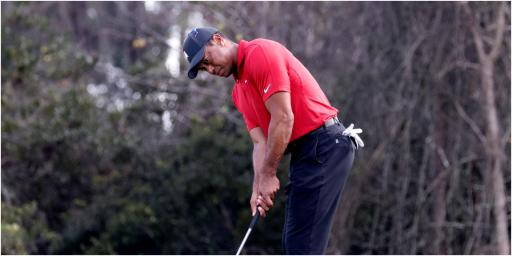 When Tiger Woods looks back on his career after he finally calls it a day there is one club he will likely appreciate the most.

We are talking about, of course, his famed Scotty Cameron Newport 2. That little puppy has been in the bag for 15 major championship wins.

While it's unsure to know exactly how many putts he's hit with this when you take into account his practise, it's definitely a lot.

Thousands for sure. Millions? Er, probably. Woods, in his hey day, practised harder and longer than anyone else. That much is evident.

This great, up-close image of Woods' ELDER WAND showcases the consistency of his strike. Straight out of the middle. Every time.

It's a sleek, slender blade and now it has become synonymous with Woods' career. Think Scotty Cameron you think Tiger. Old faithful.

Related: The subtle differences in Tiger and Charlie's putters

Just take a look at this

This putter might be the most shocking… how many putts does this take? pic.twitter.com/xN9qKfbg7B

It has been reported that for years and years Woods, now 46, has kept backups of his favourite putter.

Those have crept into the public domain and sold for simply mind-boggling figures.

The putter was thrust into the limelight in 2000 where he dominated the sport and obliterated every tournament.

It was rumoured Scotty Cameron only made two or three back ups per year and not many are in existence.

At this price for a replica, it's certainly not hard to think Woods' real one is worth millions.

Related: Why does Tiger Woods always wear red on Sundays?