Adam Scott is happy with his "fantastic" short game but revealed he is nowhere near to where he wants to be with the driver. 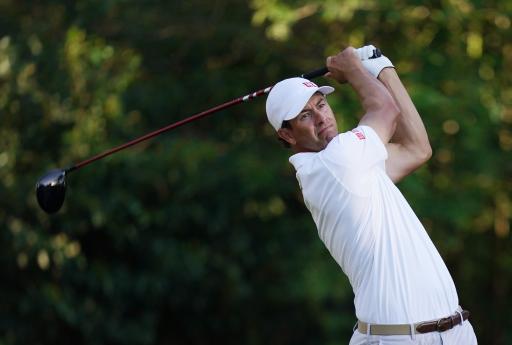 Adam Scott revealed his long game is "not good enough" on the PGA Tour at the moment, but he is more than happy with his "fantastic" short game as he returns to the Honda Classic, a tournament he won in 2016.

The Australian is one of the few major winners left in the field this week after Brooks Koepka and Gary Woodland were both forced to withdraw, Koepka with a knee injury and Woodland with coronavirus.

Scott finished in a tie for 48th at The Players Championship and although he was the second-longest player off the tee at TPC Sawgrass, he believes his short game is his strongest asset right now, while his long game needs some work.

"My short game is fantastic at the moment," Scott told the media at PGA National ahead of the Honda Classic. "I mean, for sure the best consistently it's ever been, which is fortunate, otherwise I'd be selling hot dogs, not playing golf if I didn't have one.

"But I'm not really where I want to be with my long game. I can sit here and bore you with details why, but it's just the fact is it's just not good enough. In the big picture of things with Augusta in mind, I think if I can make some progress this week, I've got two weeks of practice which I really, really need to be ready for Augusta, and I still believe I can be.

"With the golf swing and ball-striking being kind of the strength of my game for my entire career, I believe it can come back fairly quickly with a little bit of work on the range the next few weeks."

With a limited number of spectators allowed at the Honda Classic, Scott was pleased to play a practice round in front of fans as it brings an added focus to his game.

"I think it was noticeable as we didn't have fans for so long how much of an influence they have on your game out there," he added. "Even from getting to the Bear Trap and just having that little more focus, knowing you're playing in front of an audience, make you focus in a little bit more to then hitting the good shot and getting the positive feedback and the good vibes off of people.

"Being able to celebrate a little with them and releasing all that good energy inside your body and positive reinforcement for yourself is a huge thing and we've all been missing that.

"It's nice that we're going to have some fans back out there, and hopefully help me celebrate the good shots and not have to help me overcome too many bad ones."