Ernie Els, Jim Furyk and Darren Clarke will be the team captains for the very first World Champions Cup. 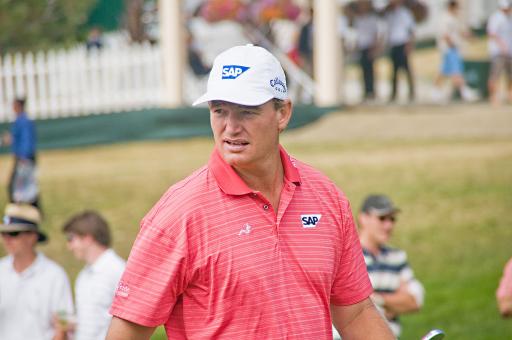 The PGA Champions Tour has teamed up with sports marketing firm Intersport to launch the World Champions Cup, a Ryder Cup style event that will take place every year, starting in 2022.

It will feature three teams, Team USA, Team Europe and Team World, with Ernie Els, Jim Furyk and Darren Clarke named as the captains for the inaugural event.

The World Champions Cup will run over three days in match play competition, held at one of America's finest golf courses, where nine-hole matches will take place twice a day, featuring both team formats and singles play.

Points will be earned for each hole won, meaning every hole will be played no matter what the score is and whichever team has the most points at the end of the three days will be crowned the champion.

“We are excited to add this global event to the golf calendar starting in 2022 and are appreciative of Intersport’s passion to begin a new world-wide golf tradition,” said Miller Brady, president of PGA TOUR Champions. “The World Champions Cup will give golf fans the opportunity to see the game’s greatest players come together in a team format on the world’s biggest stage. International team events are some of the most significant competitions in our game and it will be fun to see Ernie, Jim and Darren, along with their teammates, compete for the inaugural World Champions Cup next year.”

“I am excited to lead Team USA and recapture the great global team championships I have been fortunate enough to enjoy during my career,” said Team USA's first World Champions Cup captain Furyk. “For more than 20 years, I have been competing against Ernie and Darren, and I look forward to having the chance to captain Team USA and play against them in the World Champions Cup.”

With the captains set to pick their teammates over the next year, it will be interesting to see which players will be a part of this exciting new event, with Team USA having the likes of Steve Stricker and Phil Mickelson at their disposal, while Clarke may turn to former Ryder Cup teammates Colin Montgomerie and Miguel Angel Jimenez.

Team World could make a seriously strong side, should Els involve legends of the sport such as Retief Goosen and Vijay Singh.