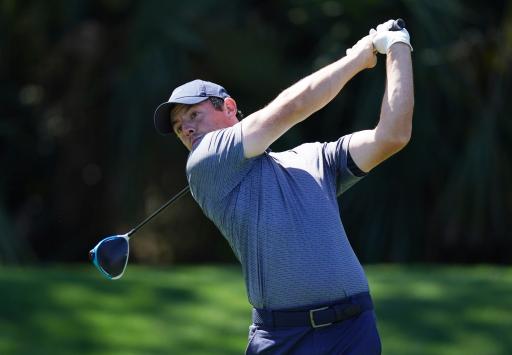 Padraig Harrington revealed he was "startled" by Rory McIlroy's recent comments when he honestly admitted that his new quest for more speed and distance was a result of Bryson DeChambeau's recent success.

McIlroy was asked at The Players Championship what he was most frustrated about with his game and the Northern Irishman was praised by golf fans for taking his time to think about his answer, before saying he was "sucked into" searching for more speed in his swing.

"I'd be lying if I said it wasn't anything to do with what Bryson did at the US Open," said McIlroy. "I think a lot of people saw that and we're like woah if this is the way they're going to set golf courses up in the future, it helps, it really helps."

"Not only because of how upright he is but his short irons are a little longer than standard so he can get more speed through the rough than other guys.

"I thought being able to get more speed is a good thing and I maybe just, to the detriment a little bit of my swing I got there but I just need to maybe rein it back in a little bit."

"I'd be lying if I said it wasn't anything to do with what Bryson did at the U.S. Open."

Rory McIlroy discusses his quest for more speed and the swing issues he's been struggling with as a result. pic.twitter.com/mFWJmuaZDT

Speaking about the Ryder Cup at Whistling Straits in September, Team Europe captain Harrington said that McIlroy is the best driver in the game and he was surprised to hear his recent comments about his search for speed following DeChambeau's win at Winged Foot last year.

"It's not like I haven't done it myself, so I'm not going to sit here and pass judgment on him," said Harrington. "I'm startled, Rory used that tool exactly in 2010 and 2011, and Rory's long hitting and just hitting more drivers allowed the likes of DJ, Bubba Watson, J.B. Holmes - they were all trying to play golf like the rest of us at that stage.

"Rory came out and starting hitting drivers on more holes, being more aggressive off the tee. That's when you started seeing these guys freeing up and going, oh, maybe we should hit drivers. What you do see on Tour now is pretty much the whole field now hits drivers on holes that used to be a lay-up off the tee, we all push that risk.

"But you don't have to do it right now. At the moment 180mph ball speed is plenty good enough. Rory has that easily. He's the best driver of the ball in the game. So he doesn't need to worry about it himself. If you're trying to hang around for 10 years, you might have to think about trying to get those 190mph ball speeds."