Our top betting tips for this week's PGA Tour action at the Honda Classic. 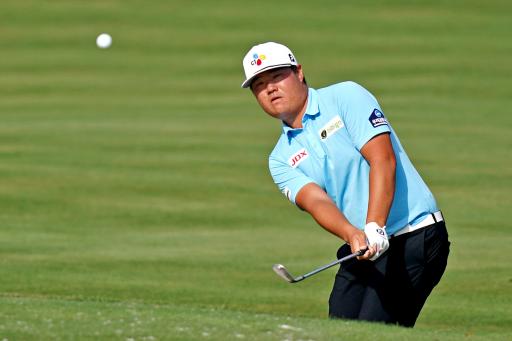 This week the PGA Tour heads to PGA National for the Honda Classic and after an exciting week at The Players Championship, we are back with our top betting tips for all the action in Palm Beach.

Last year's event fell victim to a scheduling squeeze by the PGA Tour, which meant that many of the sport's top stars opted not to play and the Honda Classic recently took another blow with major winners Brooks Koepka and Gary Woodland having to withdraw, with Koepka suffering with a knee injury and Woodland testing positive for the coronavirus following The Players Championship.

Sungjae Im claimed the title last year when his 4-under par final round left him one shot clear of Canadian Mackenzie Hughes, while Tommy Fleetwood let the chance of a first PGA Tour victory slip with his 1-over par final round.

Can Im retain his Honda Classic title? We think he just might, but there's every chance a certain Englishman will have his say this week too.

Without Koepka in the field, we think there is every chance that Sungjae Im can successfully defend his title.

He's the second highest ranked player teeing it up at PGA National and with odds of 14/1 he provides brilliant value without a short-priced favourite in the field.

Im finished in T17 at last week's Players Championship and he hasn't finished worse than T32 in his last six starts, meaning he brings current form and course form into this event.

This man is in fantastic form as of late, having posted back-to-back runner-up finishes on the PGA Tour and this week marks a brilliant opportunity for Lee Westwood to go one better than that.

The Englishman lost out to Bryson DeChambeau at the Arnold Palmer Invitational and Justin Thomas at The Players Championship, two young superstars in some of their best form.

With a slightly weaker field, Westwood can use his current form and get the PGA Tour victory he fully deserves.

The only concern would be his recent comments about his age catching up with him, with Westwood turning 48 next month, but he's certainly got enough in the tank to get the job done at PGA National.

It's a slight risk but our final pick is another Englishman in Matt Wallace, who provides serious value with odds of 60/1.

We don't recommend betting on Wallace to win, but an each way or top 20 bet could return some decent profit.

He hasn't been in the best of form, but his T18 finish at the Arnold Palmer Invitational showed signs of his best golf and when he's on it, Wallace is a serious competitor.

The World No.55 took to social media after the action at Bay Hill and said he and his coach were finally getting his game back on track and again, due to the weaker field, Wallace could easily sneak his way into the top 10 this week.