AutoFlex reveal that Adam Scott has been testing their driver shafts for months and it could make its debut at the Farmers Insurance Open this week. 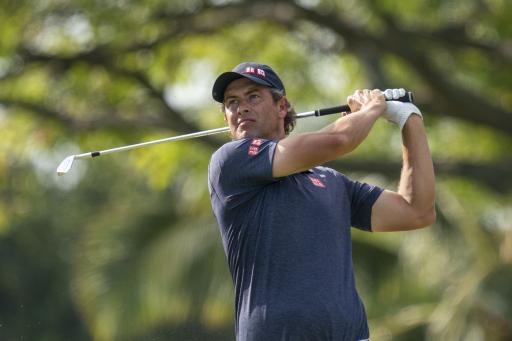 If you thought drivers were getting too expensive, how about a shaft that costs $790 alone?! Well that's exactly what Adam Scott has been pictured testing on the range ahead of the Farmers Insurance Open on the PGA Tour this week.

The Korean brand is fairly new to the game, but has already made a name for itself for being completely different to other shafts available on the market.

According to AutoFlex, their shafts aim to "challenge the conventional wisdom of golf" and their shafts are extremely light and flexible, which is not something you see players on the PGA Tour use very often, but Scott has reportedly been testing their shafts since before the Masters last November.

The AutoFlex shafts feel extremely whippy, but supposedly stiffen up at the point of impact and help golfers increase their swing speed, ball speed and distance, while also increase launch with a low spin and enable golfers to swing with less strain.

Scott has been testing two shafts from AutoFlex, the SF505x which weighs just 54 grams and the SF505xx, weighing 58 grams.

The world No.23 claimed his 31st professional victory at the Genesis Invitational last February and Scott will be looking to add to his PGA Tour tally at the Farmers Insurance Open at Torrey Pines this week.

Scott, who won The Masters back in 2013, currently uses a Titleist TSi4 driver in 10.5 degrees, with a Mitsubishi Kuro Kage Silver TiNi 80 X shaft, but according to reports is considering fitting an AutoFlex shaft into his driver soon after months of testing.