THIS is what Ralph Lauren should have done with PGA Tour star Justin Thomas...

In the latest episode of Tour Chat, Alex and Jack from GolfMagic talk about Justin Thomas, Tony Finau, and the next stop on the PGA Tour, the Farmers Insurance Open. 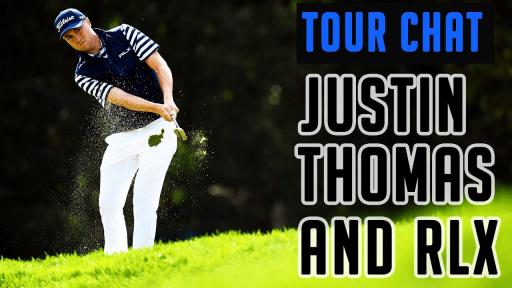 Justin Thomas missing the cut at the Abu Dhabi HSBC Championship last week said a lot about where his head is at right now, after his homophobic slur caused his clothing sponsor Ralph Lauren to axe him, but could the situation have been handled differently?

A lot has happened over the past week on both the PGA Tour and European Tour, with Tony Finau letting another tournament slip through his fingers and Thomas not even making it to the weekend as Tyrrell Hatton claimed another victory.

So what is going on with Finau on the PGA Tour? And how do we think Ralph Lauren should have dealt with the Thomas incident? We answer those questions in the latest episode of Tour Chat, as well as give our predictions for this week's Farmers Insurance Open.

WATCH EPISODE 3 OF TOUR CHAT BELOW:

You could say it's harsh claiming that Finau let the American Express 'slip away' considering he shot a 4-under par final, but that now makes it 35 top 10 finishes without a win since he picked up his first and only victory at the Puerto Rico Open in 2016.

There were some stand-out performances from a few players on Sunday, with Patrick Cantlay shooting an 11-under par course record and Si Woo Kim shooting 8-under to win the tournament by one stroke and that seems to be the problem for Finau, he can't find that extra gear that's needed to win a tournament on the last day.

Time after time we see Finau at the top of the leaderboard or there abouts on a Sunday, only for those around him to produce their best round all week and leave Finau in their wake.

If Finau wants to win again on the PGA Tour - and some are beginning to question whether he will - he needs to dig deeper on the final day of a tournament to get the job done.

Related Articles
WATCH: Tiger Woods CRACKS UP as Matt Fitzpatrick puts up another W for England
Tiger Woods on Rory McIlroy: "People have no idea how hard that is to do..."

A lot has already been said on the Justin Thomas incident a few weeks ago and everyone is entitled to their own opinion, but here's what we think Ralph Lauren should have done.

For a lot of professional golfers on the PGA Tour, sponsors are more than just a brand who pays them each year, but for some, a sponsor is a support network and even a friend.

What Thomas said was by no means okay, but it was a mistake and one he will learn from. He put RLX in between a rock and a hard place and we're not here slamming the brand for dumping him, because we can see why they felt that was the right call, but it was also a chance to stick by him and help him learn to do better and raise awareness for the LGBTQ community.

Thomas is clearly struggling with the whole situation right now and that was shown with his missed cut in Abu Dhabi, a tournament he was joint-favourite to win. Hopefully the world No.3 can recover from his mistake sooner rather than later and make 2021 a succesful year.

To make things more interesting on Tour Chat, Alex and Jack will now be given a theoretical £20 to bet with each week and their profits / losses will be tallied up to see who is the better golf gambler.

NEXT PAGE: Rory McIlroy commits to Phoenix Open on the PGA Tour for the first time