Brooks Koepka Net Worth: How much is the four-time major champion worth?

Brooks Koepka is one of the fiercest competitors on the PGA Tour and this has earned him a lot of money over the years. 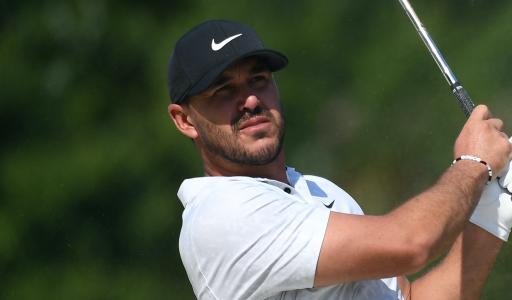 Brooks Koepka has become one of the most consistent and deadly performers on the PGA Tour and he has proven this on the biggest stages in golf.

Since he won his first major title at the US Open in 2017, the big American hasn't looked back and he stormed on to win another US Open and two PGA Championships.

He has reached the summit of the world rankings before and he has also notched up eight PGA Tour wins, most recently at last season's Waste Management Phoenix Open.

He has also competed on three US Ryder Cup teams and he will have many more to come. He is a steely-eyed killer that is formidable in competition.

He turned professional in 2012 and since then, he has earned a lot of money through tournament prizes and sponsorships deals that he has picked up along the way.

Koepka is ranked 26th in all-time earnings on the PGA Tour with $36,670,172, which is narrowly short of Rickie Fowler and Englishman Luke Donald.

This is a huge figure that Koepka has amounted in his PGA Tour career and he also benefits from a number of lucrative partnerships which has contributed to his net worth.

According to his website, he is sponsored by Nike, NetJets, Infor, Rolex and Michelob Ultra. It is fair to say that the 31-year-old has a steady income when he is out on the course.

But he has earned this and he has rightfully earned his money throughout the years. He works hard and battles hard on the PGA Tour.

It is estimated that Brooks Koepka is worth approximately $18 million.

NEXT PAGE: PGA TOUR: HOW AND WHEN TO WATCH THE SHRINERS HOSPITALS FOR CHILDREN OPEN