The big cat will make another stunning comeback while the misery will continue for Rory... 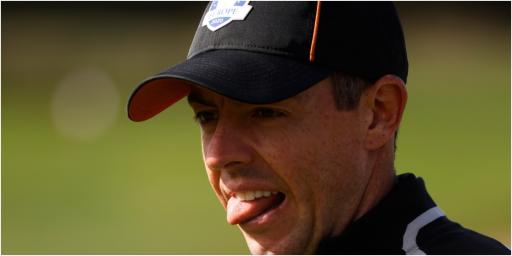 Rory McIlroy will be in the mix at every major but his drought will continue, while Tiger Woods will make a sensational return.

These are just some of our bold predictions as we look to crown a new FedEx Cup champion and four majors are up for grabs.

Some of our predictions could legitimately happen whilst others are just wishful thinking, but we can only dream.

Here are our seven predictions for what we can expect:

1. Tiger Woods will return from injury in time for The Open.

Opening a tournament only how @TigerWoods can. ⚡️

He's laying low at present and we're only getting dribs and drabs of Tiger news.

But while he has previously told of the fact he doesn't think he is the greatest of all time, he is "far from done".

"The return to glory" will go down in history as one of the greatest pieces of commentary when he claimed his 82nd PGA Tour title.

And it will be topped.

2. Rory McIlroy will finish in the top-10 at all the majors but his drought will continue

What's going on with Rory?

It's a question we've been asking ourselves for years as his search for his fifth major continues.

The difficult thing for McIlroy is the fields are just so, so good.

Of course he can win another major, probably multiple.

But we think his search will continue.

3. Dustin Johnson will win the Masters

Hideki Matsuyama put a stop to that.

But his game is built for Augusta National as it rewards patience.

4. Tony Finau will win a major

Finau enjoyed the sweetest of victories on the PGA Tour before the Ryder Cup and then looked a different man.

He putted for dough at Whistling Straits.

He was in contention when Tiger Woods claimed his latest Masters but capitulated down the stretch.

5. Bryson DeChambeau will win at least four times on the PGA Tour

DeChambeau will have a big year.

There are lots of tournaments where the course will favour him.

Think Memorial and the Players.

One of the most surprising things about his recent performance at the Pro Long Driver's Association World Championships was the fact he kept so many balls in the grid.

And this has been an issue for the 28-year old, he can hit it big but can he keep it on the planet?

If he can achieve this now, then he is a force to be reckoned with.

6. Justin Thomas will win the FedEx Cup with Bones on the bag

Cool to hear that Bones will be on the bag full-time for @JustinThomas34. A reminder that Bones is a master of caddying on a molecular level. pic.twitter.com/imy7HBfDad

Bones is back, baby.

Thomas is too good not to have another big season.

He has a killer work instinct and knows how to close.

Jim Mackay is known as one of the best caddies in the business and this pair will do big things.

Rahm is just a powerhouse.

His performances at the back end of last season and the fact he got 3.5 points in the Ryder Cup against that side show just how good he is.

And he'll only get better.

RELATED: TEE TIMES FOR SHRINERS OPEN ON THE PGA TOUR

NEXT PAGE: TIGER WOODS SPOTTED AT POOL "WITH BLONDE"