Take a look at our betting selections for the Mayakoba Golf Classic. 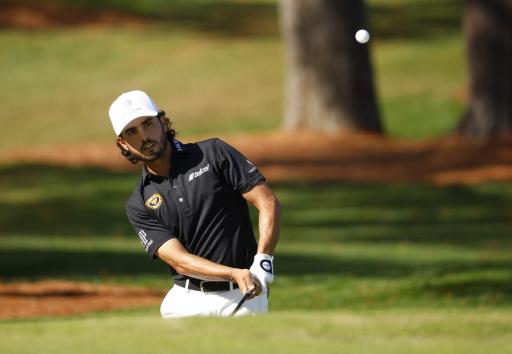 The PGA Tour returns to Mexico this week for the Mayakoba Golf Classic at El Camaleon Golf Club and while some of the world's best take some time off, we still have a cracking field to look forward to this week, but which players have the GolfMagic team picked to shine?

RELATED: Our expert betting tips for the South African Open...

GolfMagic's Andy, Jack and Alex have taken a look at the betting market for the PGA Tour action this week, so take a look at their best bets for the Mayakoba Golf Classic below:

Featured Groups for this week's @MayakobaGolf:

PICK 1: JUSTIN THOMAS  (6/1) - The World No.3 goes into this week's event as the favourite with the bookies and it's no surprise why. Thomas has been in excellent form and he followed up a T2 finish at the ZOZO Championship with a 4th place finish at The Masters. He'll want to start applying pressure on Dustin Johnson for that top spot in the World Rankings, so I can see him being very tough to beat this week.

PICK 2: ABRAHAM ANCER (18/1) - Another player who really impressed at The Masters this year and it was a shame to see him collapse a little with a 4-over par final round to slip down the leaderboard. Ancer possesses a lot of talent and we at GolfMagic think he's going to go on to achieve big things over the next few years and the Mexican will be excited to play on home soil at the Mayakoba Classic.

PICK 1: ABRAHAM ANCER (18/1) - This is a player who I really love to watch at the moment and I think he's going to win a lot of tournaments, so backing him in Mexico at a price as big as 18/1 feels like a no brainer to me.

PICK 2: COREY CONNERS (33/1) - I've loved seeing Conners' confidence rocket over the past year and he's definitely worth backing with an Each Way bet given his odds of 33/1. He's had back-to-back top 10 finishes, firstly at The Masters and then at the RSM Classic, so keep your eye on the Canadian this week.

Prepare for excitement at El Camaleón.

There have been 13 aces @MayakobaGolf since 2015, the most of any tournament. pic.twitter.com/PdTedRPIjZ

PICK 1: BROOKS KOEPKA (11/1) - Koepka is finally starting to find his form once again and he followed up a T5 finish at the Houston Open with a T7 at The Masters. If Thomas isn't quite up to it this week then Koepka could run away with it in my opinion.

PICK 2: SEBASTIAN MUNOZ (50/1) - Munoz has gone under the radar a little on the PGA Tour this year and has put together some really good performances. I look at him as someone who offers a lot of value in pretty much every tournament, so I'll be backing him Each Way at the Mayakoba Golf Classic.