Sam Burns won his first PGA Tour title at the Valspar Championship at the beginning of the month and his form has not stopped since then. 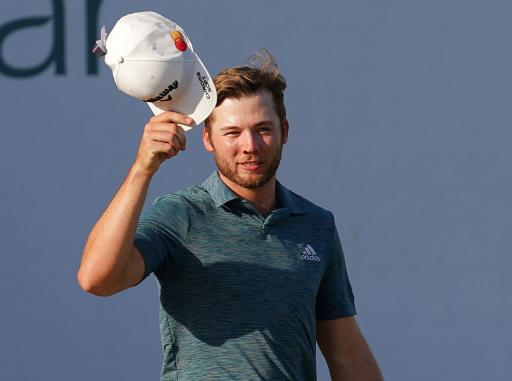 Sam Burns shot a scintillating round of 10-under-par on Friday at the AT&T Byron Nelson to take the outright lead at TPC Craig Ranch.

Burns, who won his first PGA Tour title at the Valspar Championship at the start of May, carded a 65 on Thursday which put him just two shots behind Jordan Spieth and J. J. Spaun on 7-under-par.

The 24-year-old birdied the first hole of his second round and added three more on the front nine to begin his day in style, but it was his second nine where his round took off.

6-under in the last 9 holes. @SamBurns66 is DIALED in. pic.twitter.com/aJi2L4shiY

From hole 11 to hole 14, Burns made four consecutive birdies to move on to 15-under-par for the tournament. An incredible approach to the par-3 17th hole and a fantastic up and down on his final hole led to two more birdies to finish on 17-under-par.

The World No. 44 has now achieved his fifth 36-hole lead of the season, which is the most of any player on the PGA Tour so far.

Alex Noren, who is yet to make a top 10 on the PGA Tour in 2021, fired a score of 8-under-par in his second round to sit just two shots behind Burns on 15-under-par.

After his first-round 65, the 10-time European Tour winner carded eight birdies in a bogey-free round on Friday to seal his place in the final group on Saturday.

Spieth shared the lead after the first round on 9-under-par and the Texan remained in touch with Burns with a score of 2-under-par on Friday.

The three-time major winner, playing in his home state, only made three birdies at TPC Craig Ranch in the second round to finish on 11-under par for the tournament, six shots behind Burns.

NEXT PAGE: PHIL MICKELSON RECEIVES SPECIAL EXEMPTION FOR US OPEN AT TORREY PINES IN JUNE