The reigning US Open champion had some very kind words to say about his fellow PGA Tour star Rory McIlroy ahead of this week's event. 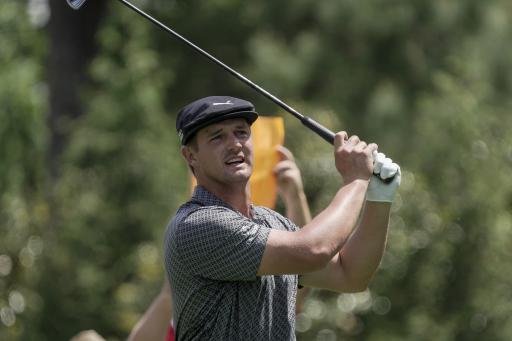 Bryson DeChambeau had some extremely kind words to say about Rory McIlroy following his recent victory at the Wells Fargo Championship last week.

McIlroy ended his year-and-a-half winless drought with a one-shot win at Quail Hollow, a place he has now won at three times during his impressive career.

Following his victory, McIlroy jumped past the likes of Dustin Johnson, Justin Thomas and DeChambeau to become the favourite for next week's PGA Championship at Kiawah Island.

Prior to last week's event, it was no secret that McIlroy was struggling on the golf course and had slipped to his worst world ranking since 2009, after missing the cut at prestigious events such as The Players Championship and The Masters.

Speaking to the media ahead of this week's AT&T Byron Nelson at TPC Craig Ranch, DeChambeau revealed he never doubted that McIlroy would get back to his best.

"We all knew he was going to go back and win at some point," DeChambeau said. "He was struggling, but his resolve is incredible and his ability to play the game of golf is undeniably unbelievable. I would say Hall of Fame worthy as time goes on.

"I would say that there is numerous facets about his game that if he continues to improve he is going to a force to be reckoned with for a long time and will continue to do so probably for the rest of his life. That's exciting.

"I like playing against people that are continuing to dedicate themselves to playing the best golf they can possibly play and I want to play with the best players in the world and continue to challenge myself as well.