We successfully tipped Rory McIlroy at 20/1 last week, so check out our top three betting selections for the next stop on the PGA Tour. 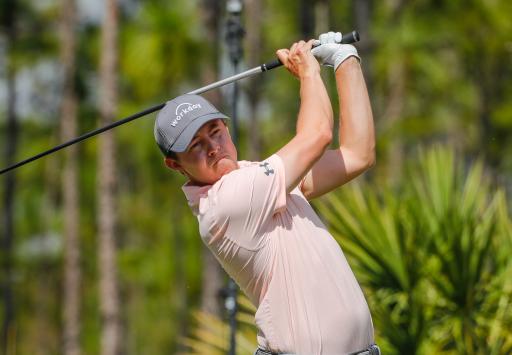 With the next major on the schedule right around the corner, the PGA Tour heads to TPC Craig Ranch for the AT&T Byron Nelson which features a pretty strong field, but which players will we be siding with this week?

We successfully tipped Rory McIlroy at 20/1 to win last week's event, but the Northern Irishman is not part of the field this week, with Dustin Johnson also out due to a slight knee problem.

Jon Rahm and Bryson DeChambeau lead the way with the bookmakers, but there's not much course form to go by, given that this tournament has been played at Trinity Forest for the past two years.

With the PGA Championship taking place at Kiawah Island next week, the world's best will be using this week's event to dust off any cobwebs and we feel as though the winner will be someone with a bigger starting price.

Matt Fitzpatrick will without a doubt win a PGA Tour event at some point and this week marks the perfect opportunity for the Englishman.

With six top 20 finishes in his last seven starts, he's in seriously good form and his T4 finish in his most recent outing at the RBC Heritage was extremely impressive.

As we mentioned before, there's no real course form to go by unless you start looking at Q School statistics from the past, so with odds of 20/1, we think Fitzpatrick provides excellent value as he searches for his maiden PGA Tour win.

I know I know, but picking Rory McIlroy last week caused a similar reaction and look what happened there.

Fowler might be strugglign as of late, but 2021 is proving to be the year of the comeback with Jordan Spieth and McIlroy both finding much-needed victories.

Yes he's slipped down in the world rankings, but this man is still capable of playing some absolutely incredible golf and he's said himself that he feels as though he isn't too far away, so at 80/1, he's worth an each way punt.

Our final selection this week is an American who has been making a name for himself on the European Tour in John Catlin.

Catlin has claimed three European Tour titles since September and is opting to play on the PGA Tour this week.

His last outing was a 5th place finish at the Tenerife Open and we think Catlin has been extremely overpriced this week, given that he is currently ranked 78th in the world.

With odds as high as 150/1, Catlin is worth a small each way bet for this week's action.

NEXT PAGE: Jordan Spieth reveals why he hasn't played on the PGA Tour since The Masters