Jon Rahm said he can see why so many top players are choosing not to play at the Olympic Games in Tokyo this summer. 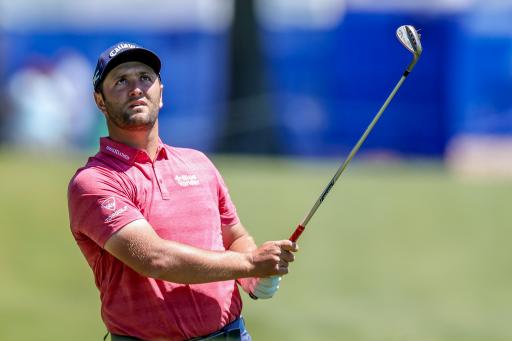 Jon Rahm believes the Olympic Committee are "not making it easy" for the world's best to choose to take part, due to both its place in the golf schedule and the strict restrictions that are in place at the Games.

It's been a hot topic of debate for months now, with some of the PGA Tour's biggest stars saying they have no interest in representing their countries at the Olympics, whilst others - Rahm included - dream of winning a Gold Medal.

The Olympic Golf Tournament is scheduled to take place at an awkward time of the year, with it being played in between The Open Championship and the WGC-FedEx St Jude Invitational.

If players want to play in all three tournaments, it would mean travelling from England, to Japan and then to Memphis in the United Stated in the space of a few weeks, hence why so many players are avoiding the Olympic tournament.

Speaking to the media ahead of this week's AT&T Byron Nelson at TPC Craig Ranch, Rahm revealed there are also some other issues to do with the restrictions once you are at the Olympic Village.

"The Olympic committee are not making it very easy for us to choose it, simply because up until not too long ago we couldn't go to our site or tournament hotel until Wednesday and we had to stay in the Olympic Village until then," Rahm said.

"As I understand from what I been told there is at least one-to two-hour drive to the golf course. That's a lot of time to be in the car going to and coming back from the Olympic Village, and then you can only go to the hotel on Wednesday. Your family is not allowed. You're not allowed to go to any other events."

Rahm then went on to talk about where the Olympic Golf Tournament fits into the schedule, the main reason that the likes of Dustin Johnson and Adam Scott have ruled out their participation in Tokyo.

"There are just so many restrictions," he added. "It's also between the British Open and the WGC. I can understand why a lot of people are prioritising the FedEx Cup events and great golf events. The Olympics are relatively new for the golf, and I don't blame them."

Issues aside, the World No.3 made it clear that he has every intention of trying to win a Gold Medal for his home nation of Spain.

"In my case I want to play. It's an absolute dream of mine to be an Olympian. I've been able to win championships representing Spain as an amateur in almost every manage level and to bring back the Gold Medal would be something amazing.