Matthew Wolff has pulled out of next week's PGA Championship and has not given a reason as to why. 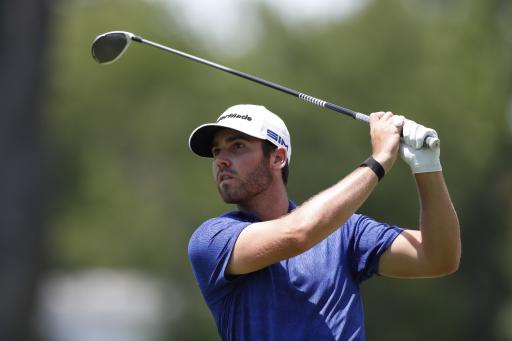 Golf fans have reacted on social media to the news that Matthew Wolff has withdrawn from next week's PGA Championship without giving a reason as to why.

The second major of the year is anticipated to be an exciting one at Kiawah Island, with Rory McIlroy returning to the course where he claimed his first PGA Championship in 2012, having recently found the form he's been looking for with a win at the Wells Fargo Championship.

After finishing in second place in the US Open at Winged Foot last year, Wolff has been in seriously strange form, with a combination of poor finishes, missed cuts, a disqualification at The Masters and three withdraws, with the PGA Championship his latest.

The PGA Championship's official Twitter account announced the news that Wolff had pulled out of the tournament, with Tom Hoge now taking his place, but no reason has been given as to why the 22-year-old will no longer be taking part in the major.

When competing at the WGC-Dell Technologies Match Play back in March, Wolff revealed that he had been feeling the pressure on the big stage, but felt as though he had figured out how to deal with the high expectations.

"I think internally I put so much pressure on myself and on top of that - I'm not saying anyone in particular - but I think there's just a lot of pressure on everyone out here to play well in front of the fans and for their family and everything like that," Wolff said in Texas.

"To be thinking about all that it might make you focus, but for me it just kind of added everything and made me a little jumbled up, up in the head, and I feel like I've really settled down and learned how to enjoy the game again."

His season has certainly been a strange one and withdrawing from the PGA Championship without citing an injury or particular reason only adds to that and golf fans took to social media to have their say, with some genuinely worried for the rising star.

I'm actually starting to get very worried about Matthew Wolff just now there must be swing issues, problems greater than what we know about combined with a lack of confidence it's a shame as he's still so young, hopefully can come back fighting!

He seems to be in a very bad space right now - hope he has friends and family to provide support. Has years to be a great player!

How many withdrawals this guy have in the last year and a half ? He usually waits till he puts up a huge number then pulls out

Yikes. Not sure what’s going on with Wolff

He’s young. Never competed against competition like this. Probably the first time (or in a long time) his confidence has been tested.

NEXT PAGE: Our TOP THREE bets for this week's AT&T Byron Nelson